Kidnap and extortion can have long-term, even lifelong, consequences for victims and businesses. Our Anti Kidnap and Extortion Unit (AKEU) provides specialist support to police and law enforcement agencies in the UK and worldwide, working covertly to secure the safe release of hostages and to combat blackmail and extortion.

The threat from kidnap and extortion

The global threat of kidnap and extortion is a cause of concern for governments, law enforcement agencies and communities around the world. The UK is recognised as a global leader in the response to kidnap and extortion, thanks in part to the efforts of our Anti Kidnap and Extortion Unit.

Example: The twenty four year old daughter of a wealthy industrialist is kidnapped and their family is instructed not to contact the police but to pay £8 million for her release.

Example: An international student has to have a minimum amount of cash available to pay university fees whilst studying abroad. The student is taken hostage and told to pay a ransom. To make the payment the student is forced at knifepoint by the hostage takers to withdraw the maximum amount of cash from a cashpoint machine. The hostage is not released until the hostage takers have sufficient money which may require a number of withdrawals from the cashpoint machine.

Example: A member of an Organised Crime Group is contacted by members of a rival gang and informed that they have his twelve year old son. The demand is for a £23,000 which is compensation for a failed drugs deal. The hostage takers and hostage can be from a broad range of criminality. The hostage takers often involve the use of extreme violence and torture to subdue their hostage and to market the anguish, grief and despair of the hostage as a warning to other criminal enterprises.

Example: A family in China is contacted by their eighteen year old son to state that they must pay €12,000 or he will be killed by the gang that facilitated his illegal entry into the country.

Example: Pierre is a student who is backpacking in Thailand. He has enjoyed himself and has run out of money. He calls his father and states he has been kidnapped and that €300 will secure his release. He tells his father that he has to pay the money through a money transfer company immediately. Pierre has not been kidnapped he simply wants further finances from his father but cannot ask in fear of rejection.

Example: A Jordanian father divorces his British wife and the UK courts give custody of the three-year old son to the mother. The father lives in Jordan. The father has supervised access to the child but a court order prevents him taking his son out of the country. The father arranges for his brother to bring the child to Jordan. The brother takes the child from his nursery school and using false documents flies him out of the UK on a private aeroplane. The mother raises the alarm and initially does not know where her son is but quickly realises her ex-husband is responsible for the abduction but she is unable to contact him.

Example: An eighteen year old female pays an organised crime group to facilitate her entry into the country. Upon arrival she is forced into prostitution working in a brothel. The traffickers increase their fees and she is unable to pay her debt to the traffickers. A demand is made to the family to recover the debt with the threat of killing her if it is not paid.

Tiger kidnapping or “situation” is the abduction or holding of a hostage (or claim of having done so) with the intention of forcing an employee.

Example: Relative or another to facilitate the immediate theft of any valuables or concede other form of ransom from any institution or business organisation. The important element in this type of kidnapping is that the victim would be expected to have immediate and unrestricted access to the requested ransom.

Example: A militant group kidnap a group of oil workers and demand from a government the release of prisoners in pursuance of their religious or political beliefs, ensuring international media attention to maximise their campaign.

Overseas, UK nationals are at greater risk of kidnap in areas of recent conflict or instability. Where UK nationals or their relatives are taken hostage overseas demands can be made to family members, including those in the UK. The NCA, on behalf of the UK Government, responds to the criminal kidnap of British nationals around the world.

Blackmail covers many forms of criminal activity, including product contamination and 'protection rackets'. As with kidnapping the true extent of blackmail and extortion offences by organised criminals is not known. Fear, and damage to reputation in the case of retail businesses, may make victims unwilling to report.

'Sextortion', or webcam blackmail, is a growing threat. Criminals might befriend victims online by using a fake identity and then trick them into performing sexual acts in front of their webcam. These webcam videos are recorded by the criminals who then threaten to share the images with the victims’ friends and family.

Cyber attacks such as DDOS and ransomware for extortion are also on the rise as organised criminals becoming increasingly aware of how lucrative these scams can be. This is a clear indication of how modern crime and the methods and tactics of organised criminals evolve to exploit new opportunities and frustrate law enforcement activity.

Our Anti Kidnap and Extortion Unit (AKEU) is a small specialist unit that works to secure the safe release of hostages and to deal covertly and professionally with any form of blackmail or extortion.

'A day in the life' of an AKEU officer

To find out more about the work of our AKEU, read this 'day in the life' profile.

What you can do

You can report any instances of kidnapping or extortion directly to police by calling 999 in an emergency and make it clear that you are reporting a KIDNAP or a BLACKMAIL / EXTORTION.
If overseas please report the incident to the local police.

Also contact the British Embassy or Consulate for support; they will in turn alert the NCA AKEU. 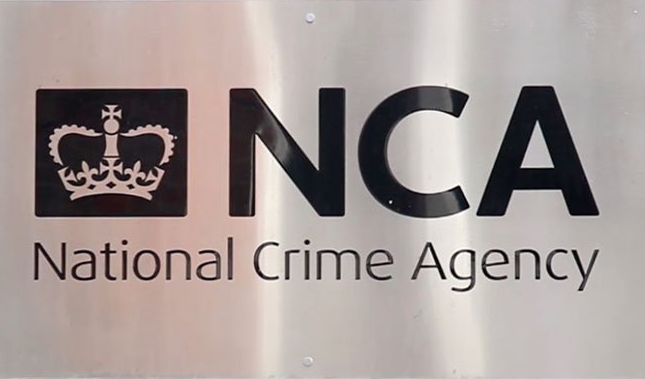