National Crime Agency officers have targeted members of a major criminal network suspected of involvement in the smuggling of up to 10,000 people into the UK.

Around 40 people have been arrested in a series of raids across Europe, as the NCA joined the biggest ever international operation targeting small boat people smugglers.

The operation is part of wide ranging NCA activity to dismantle criminal networks and disrupt their operating models.

It was coordinated by the NCA in the UK and by Europol and Eurojust across Europe, also involving partners in Belgium, Germany, France and the Netherlands. 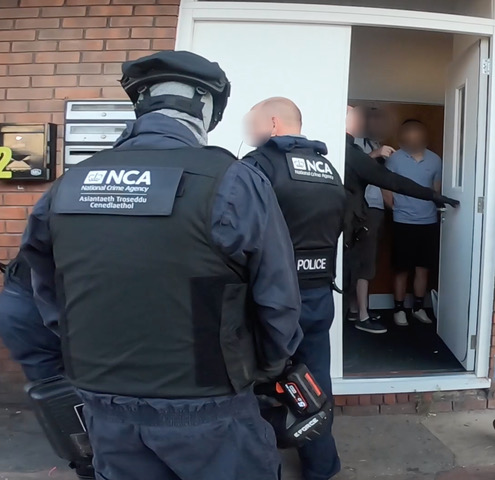 Arrests were also made in Germany, the Netherlands and France.

Many of those arrested overseas were targeted as a result of evidence being supplied by the NCA to international partners.

The NCA deployed officers to Germany where more than 60 boats and 900 life jackets, which would have been used to transport people across the Channel, were recovered from a farm near Osnabruck. They will now be examined by NCA specialists.

Further boats, engines and life jackets were found in the Netherlands, along with pumps used to inflate dinghies. In total the operation saw 135 boats, 45 outboard engines and more than 1,200 life jackets seized.

“This international investigation is targeting one of the most significant and most prolific crime groups involved in supplying small boats and moving migrants across the Channel.

“The NCA has played a key role, which has been months in the planning. We worked closely with partners in France, Belgium, Germany and the Netherlands to identify suspected members of this network.

“Criminal gangs involved in small boat crossings should know that we are committed to throwing the full weight of European law enforcement at curtailing your activities.” 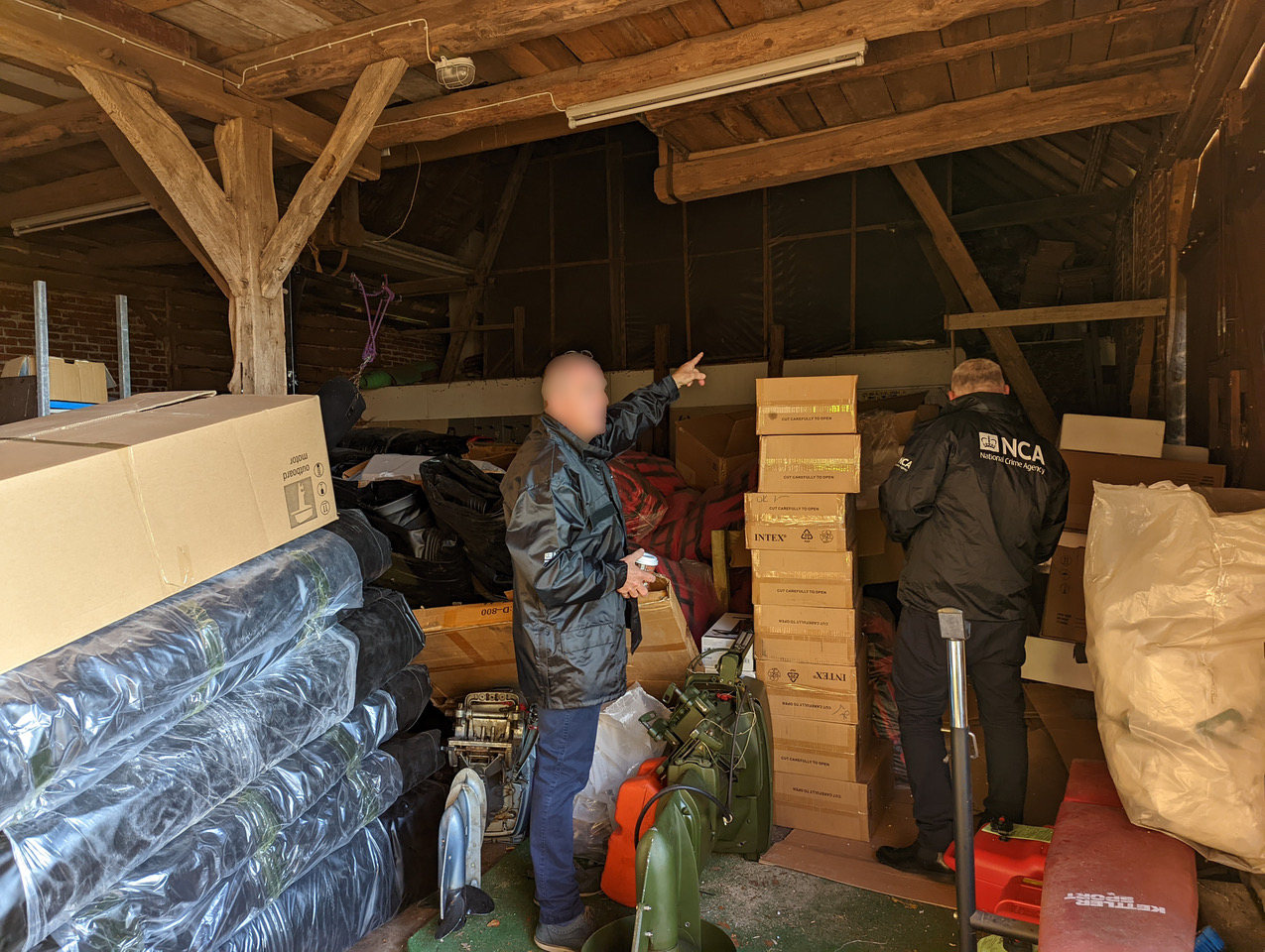 The operation follows the arrest in May by NCA officers of a man living in London who is suspected of being a leading figure in the network. Hewa Rahimpur, aged 29 and originally from Iran, is wanted by the authorities in Belgium and now faces extradition from the UK.

He is accused of sourcing the boats in Turkey and having them delivered to locations in Germany, Belgium and the Netherlands. He would then direct other members of his criminal organisation to take them on to the northern French coast, from where migrants would be transported.

Those arrested for conspiring to facilitate illegal immigration in London yesterday were suspected customers of Rahimpur’s network, and were allegedly involved in orchestrating migrant movements and laundering the profits.

Others arrested overseas are suspected of being facilitators within the network.

One member of the network was wounded by a gunshot in a migrant camp in France in September 2021. This incident is allegedly linked to a subsequent attempted murder case in Osnabrück, Germany, on 13 November 2021.

Eurojust set up a coordination centre to enable rapid cooperation between the judicial authorities involved in the action day. Europol supported the operation by facilitating the information exchange and providing analytical support.

“These arrests send a clear message to the criminal gangs who are preying on vulnerable people across Europe and beyond: we will stop at nothing to end your sordid trade, bring you to justice and save lives.

“This hugely significant operation once again shows the NCA and our international partners working diligently to dismantle people-smuggling networks. These callous individuals treat human lives as a commodity and we will continue to work with our partners to ensure that they feel the full force of our new, tougher laws designed to break their business model and suitably punish them for their despicable crimes.”

The operation is the latest phase of a range of activity undertaken by the NCA aimed at targeting criminal gangs involved in people smuggling.

Since the NCA established a Joint Intelligence Cell (JIC) with French law enforcement, which sees UK officers based in France specifically targeting small boat people smugglers, at least 21 organised criminal groups have been dismantled in France.

“People smugglers risk vulnerable people’s lives for the pursuit of profit, and targeting them is priority for the NCA.

“We’re doing this through working closely with partners to arrest and prosecute people smugglers where we can, both in the UK and abroad.

“We are also disrupting their supply of vessels, closing social media accounts advertising their services, and targeting financial transactions.”

“Our intelligence tells us that this is having an impact.”

In March 2022 the NCA reissued an appeal to the UK maritime industry to raise awareness of how they might be targeted by OCGs looking to source boats or equipment.

Vendors were asked to report  suspicions or unusual purchases of untreated plywood boards, PVC tarpaulin sheets and duct tape. These materials are often used by people smugglers to re-inforce or modify inflatables used in attempted crossings.

The previous December the NCA announced agreement on an action plan with social media companies, which has resulted in greater collaboration against crime groups using social media to recruit, communicate and advertise a range of services to migrants.

Since it came into effect the NCA has worked with the platforms to have more than 1,400 posts, pages or accounts advertising organised immigration crime services removed.