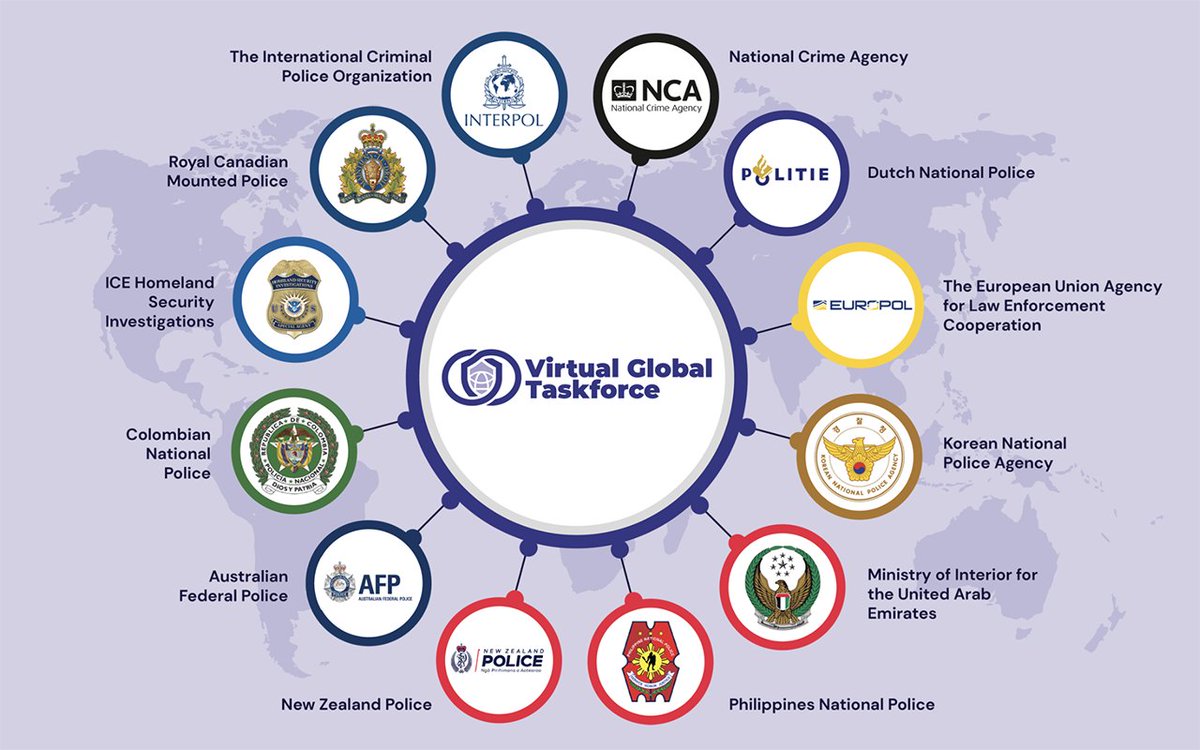 The National Crime Agency is the chair of the Virtual Global Taskforce (VGT) - an international collective of law enforcement agencies from 12 countries working to tackle child sexual abuse.

The NCA continues to confront the threat posed by offenders who target children online.

It is assessed that there are 550,000-850,000 people who pose a sexual threat to children in the UK, and the NCA along with policing are currently arresting an average of 842 people and safeguarding 1,092 children every month.

This week, the Agency hosted the Virtual Global Taskforce (VGT) at a three-day conference in London and welcomed 15 agencies from around the world to share best practice and operational insights.

All members of the VGT attended, with representation from Five Eyes partners including the FBI, Homeland Security Investigations and New Zealand Police, as well as law enforcement from a range of countries, including the Philippines, Kenya and Colombia.

They heard presentations from the Internet Watch Foundation, Ofcom and Microsoft, plus a number of government and international organisations, on their respective work to confront offenders operating on social media platforms.

It was the first time the VGT has met in person for four years and the event cemented a commitment by members to work closer than ever to combat this global threat.

Speaking at the conference, Director General NECC/ Threat Leadership Rob Jones said: “As we all know, a global crime requires a global response. One of the strongest tools we have to combat child sexual abuse is close collaboration with international partners, which is why the VGT is so important.

“However, the volumes we are seeing make it clear that we cannot tackle this with law enforcement action alone. It’s a big societal issue and all areas of the public and private sector need to join the fight.”

Members discussed the importance of gaining support from industry, who play a vital role in identifying and reporting child sexual abuse material on their platforms.

These important reports are in jeopardy under current plans to implement end-to-end encryption (E2EE).

But implementing E2EE does not have to be at the detriment of child safety. Speaking on this at the conference, Dr Ian Levy from the NCSC and Microsoft’s Hugh Milward outlined potential ways in which tech companies can ensure the protection of children in the E2EE environment.

DI Michael Ford of the New Zealand Police gave a presentation on a recent investigation which saw an electronic service provider collaborate with law enforcement to target users trading in child sexual abuse on their platform.

The provider alerted New Zealand authorities to the material in 2019, who identified tens of thousands of global users and subsequently shared this information with 13 international law enforcement agencies, including the NCA.

The abuse material was some of the most ‘horrific and devastating’ NCA investigators had seen.

As a result, 836 investigations were initiated around the world. So far, over 450 UK-based users have been arrested by the NCA and policing, with activity still ongoing.