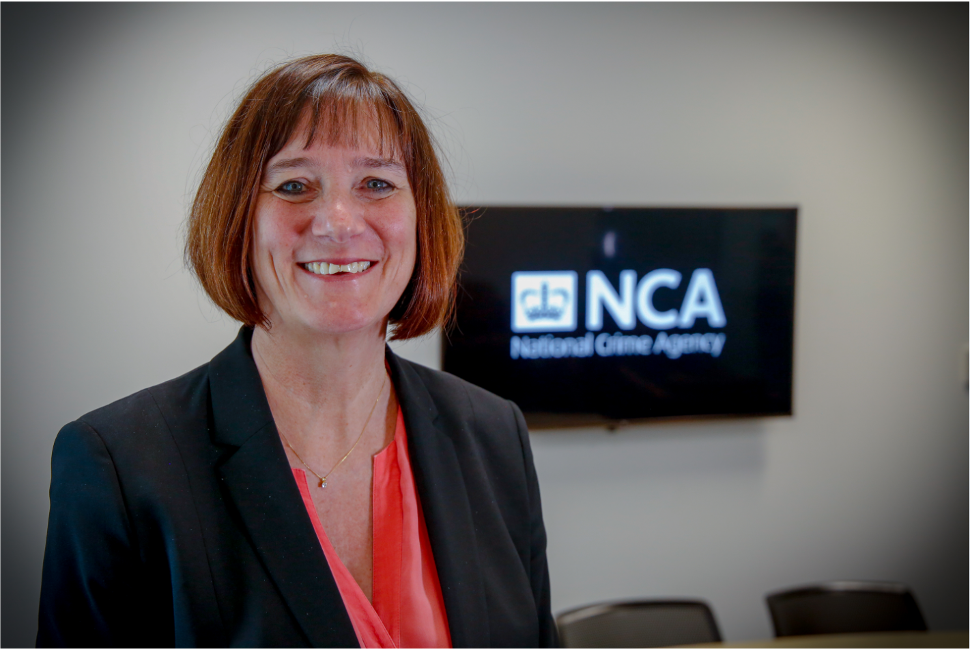 Dame Lynne Owens took up post as the Director General of the National Crime Agency (NCA) – a PUS graded position - on 4 January 2016 following a 27 year career as a police officer, serving in 3 forces: The Metropolitan Police Service, Kent Police and Surrey Police.

The NCA leads the UK's fight to cut serious and organised crime by continually developing the best intelligence picture, investigating those offenders operating at the high end of high risk and developing and hosting new capabilities to respond to rapidly changing threats. She is a member of the Government’s National Security Council and chairs the National Strategic Tasking and Coordination Group, ensuring an effective national response.

An experienced police officer, Lynne joined the Metropolitan Police Service in 1989 before specialising as a Detective in Kent Police in various positions, culminating as a Senior Investigating Officer on the Force Major Crime team.

Lynne undertook a variety of leadership roles in Surrey Police and the Metropolitan Police Service (culminating as an Assistant Commissioner for Central Operations and Specialist Crime) prior to her appointment as Chief Constable of Surrey Police in 2012.

Lynne was awarded the Queen’s Police Medal in 2008 and a CBE for services to policing and criminal justice in 2015. She was made a Dame Commander of the order of the Bath (DCB) in 2020 for being an exemplary law enforcement system leader, innovatively responding to cutting serious and organised crime and protecting the public in the UK and internationally.