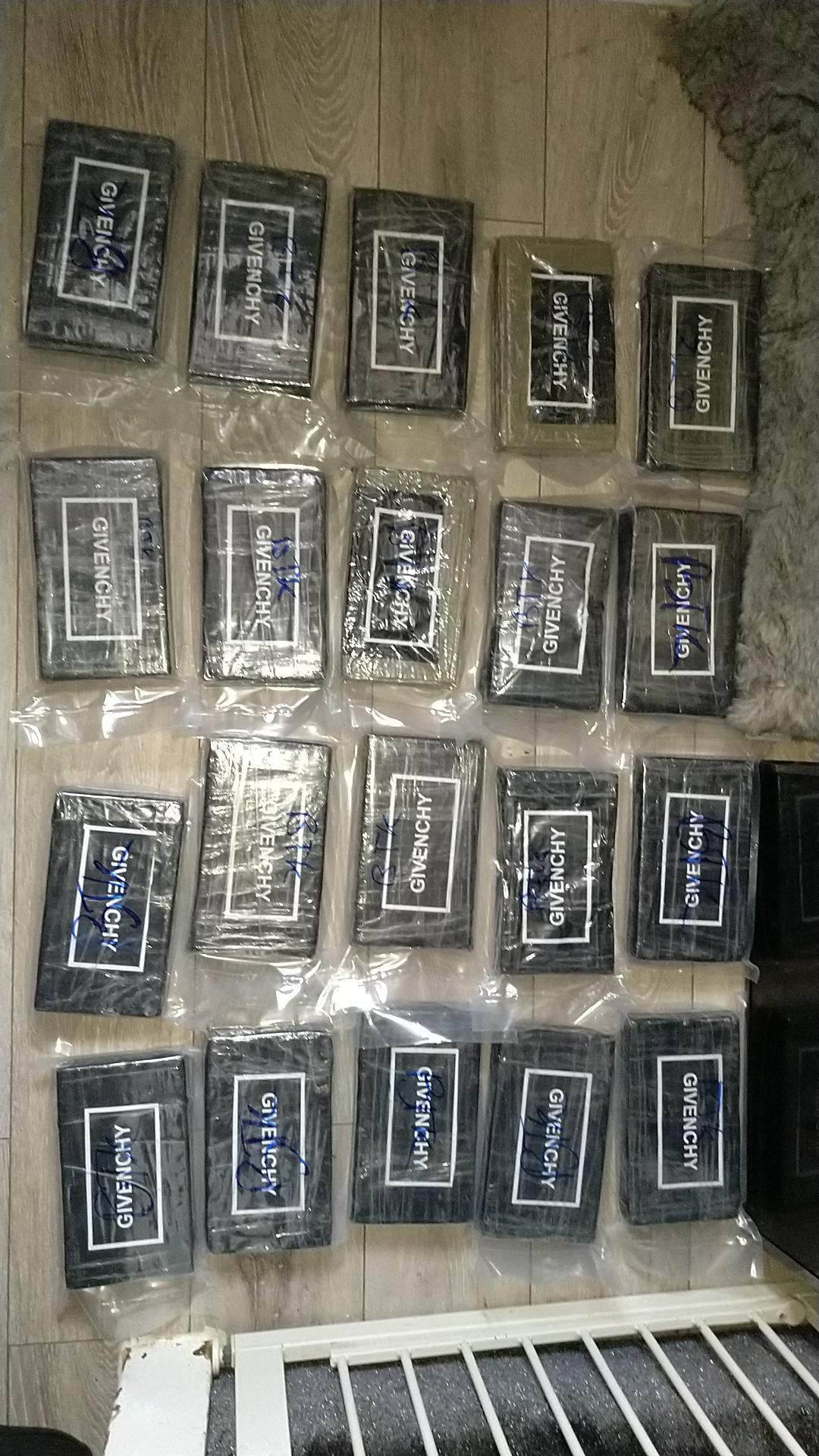 A woman from Kent who headed up a crime group that supplied over half a tonne of cocaine and laundered millions of pounds in illicit cash has been jailed for 15 years.

Nicola Stevens’ illegal business was brought down in April last year when she, along with the five other members of the criminal network, were arrested by the Organised Crime Partnership (OCP).

Investigators from the OCP - a joint National Crime Agency and Metropolitan Police Service Unit – had been watching the group as they conducted multiple drugs and cash handovers in Gravesend, Kent, in the week prior to their arrests.

Stevens, 51, coordinated the group’s activity with her son-in-law and second in command, Luke Coribel, 32.

On 14 April 2020, OCP officers watched Adeniji and Hills meet briefly on Hillingdon Road in Gravesend, before both driving separately the short distance to Coribel’s house on Gatwick Road.

Coribel came out of his house and opened the door to his van for Hills, who then transferred a large box from his own van to Coribel’s.

Officers then moved in and detained Hills but Coribel fled the scene on foot. The box was seized from his van and found to cocaine 20 kilos of cocaine. A further four kilos were found under the floorboards in his house.

Adeniji also attempted to drive away but was stopped and arrested a short time after.

At the same time, Stevens and Spence were arrested at their house on Rochester Road, where officers seized over £200,000 in cash, encrypted phones, a money counting machine and drug dealing paraphernalia.

Coribel handed himself in to a local police station two days later.

Officers arrested Pham a week prior to this, after he was seen picking up a bag of cash from Stevens. He had attempted to hide the bag in a specially constructed concealment in his van disguised as a Honda-branded generator.

A matching concealment was found in Adeniji’s car on the day of his arrest.

Messages downloaded from their phones showed them arranging meetings to pick up or exchange drugs and money on a daily basis.

Upon receiving a message that he was about to be delivered some cash, Coribel AKA ‘Dreamwalker’ replies, “And you want me to take to mum?”, referring to Stevens.

In another exchange sent during lockdown, Stevens AKA ‘Avocadovermouth’  tells Adeniji AKA ‘Powerroyal’, “Im going to look on line and buy you all hi viz jackets make you look like workers”.

Following Adeniji’s arrest, Stevens received a message telling her “Stay inside… They got royal (Adeniji).” She replied, “Who, the police?” and is then told, “Yes stay in hide money”.

Investigators were able to evidence that in total, the crime group were involved in the movement of over around 786 kilos of cocaine and £5 million in cash.

The total profit of the drugs sold by the group is believed to be at least £27.5 million.

They were also both sentenced today to 15 years and nine months respectively.

The other four members of the group had already pleaded guilty to conspiracy to supply class A drugs and money laundering on various dates.

They were each sentenced to between seven and eight years in jail but on 30 April 2021, a judge deemed their sentences too lenient and increased them as follows:

John Coles, Head of Specialist Operations at the NCA said:

“This targeted investigation conducted jointly by the NCA and the Met Police has taken out an entire organised crime group who were responsible for distributing huge amounts of class A drugs throughout London and the home counties.

“Today’s convictions mean the last remaining members of the group, Stevens and Spence, will join the rest of their criminal family behind bars.

“Disrupting the organised crime groups responsible for bringing class A drugs into the UK is a priority for the NCA. Cocaine supply causes significant harm to the public through its links to violence and the exploitation of young and vulnerable people.

“Through our partnership with the Met, we’re able to ensure we’re targeting those higher up the drug supply chain and having a significant impact at a local level.”

“This operation has significantly disrupted the activities of an organised crime group intent on importing and distributing Class A drugs across not just London, but the entire of the United Kingdom.

“There is an undeniable link between drugs and violence on the streets. Many people may believe this level of organised crime has no impact on the day to day lives of the general public, but that couldn’t be further from the truth. The drugs distributed by this group would have gone down the chain and ended up being sold on the streets of cities across the country.