Two men caught by National Crime Agency officers handing over cocaine in a Buckinghamshire car park have been jailed for eight and a half years. 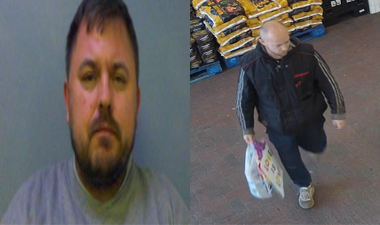 Clive Holmes, 46, from High Wycombe, and Steven Hayes, 30, from North Weald Bassett, Essex, were arrested in November last year, after the two met at Kingsmead Business Park in High Wycombe.

The men were under surveillance as part of an National Crime Agency investigation.

Officers detained Holmes after seeing him get into Hayes’ car empty-handed, and then leave holding a supermarket bag.

This bag was found to contain a brick-sized block of cocaine weighing a kilogram.

Shortly after, Hayes was stopped whilst driving in Epping, and subsequently failed a drugs test.

NCA investigators carried out further searches, and another three blocks of cocaine, weighing a kilo each, were recovered at a container unit that Hayes rented in Basildon, Essex.

Evidence of drug supply was found at both of their homes, including scales, a vacuum packing machine and white powder.

The boot of Hayes’ car was also found to have been modified to contain a hidden storage compartment.

Adam Berry, Operations Manager at the NCA said: ‘These men were involved in the distribution of cocaine for criminal profit, and it is important that they have been brought to account.

“The cocaine trade drives violence and intimidation in communities across the UK.  The NCA continues to target and pursue those involved in Class A drugs supply, and to  protect the public from the impact of serious and organised crime.”