Two men have been sentenced to a combined 10 years in prison for laundering millions on behalf of organised criminals after an investigation by the Organised Crime Partnership (OCP). 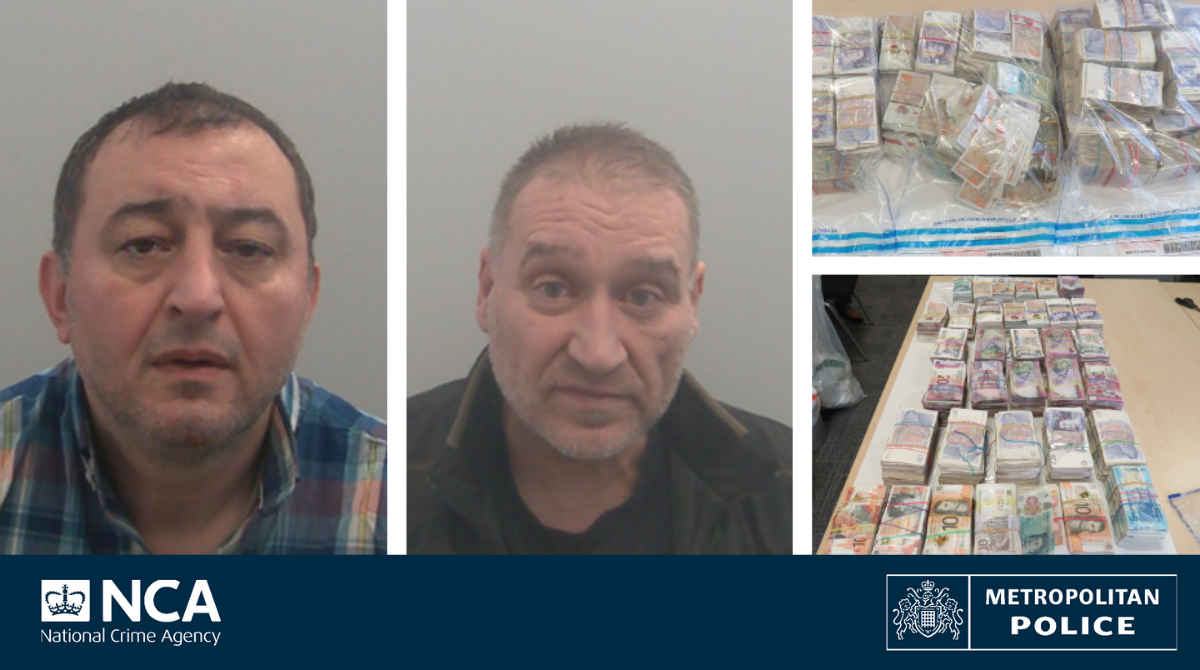 Metin Teke, 51, and Tamer Dalgic, 53, both Turkish nationals living in Gillingham, were arrested on 9 March 2020 by officers from the OCP – a joint National Crime Agency and Metropolitan Police Service unit.

Both men were charged in relation to multiple seizures of cash that was being transported out of the UK between September 2019 and March 2020.

Surveillance showed that Teke and Dalgic were in regular contact during this period and had met with the same lorry drivers to hand over the cash, which totalled £850, 000.

The lorry drivers, Nasuf Nasufoglu, Ilhan Mehmed and Bayram Kucuk, received sentences of 4.5 years, 2.5 years and 14 months,  respectively in 2020, for their roles in attempting to transfer criminals cash out of the UK.

OCP investigators also linked the pair to a further £5.6 million from evidence on their phones, including photos of piles of money, and books and ledgers showing vast cash transfers between June 2019 and February 2020.

On arrest, Teke admitted to having cash underneath his bed. During an interview, he also revealed that he bought 7200 cigarettes from a lorry driver, which was found in his van.

Both men appeared at Maidstone Crown Court on Tuesday 26 January.

Matt McMillan from the OCP said:

“These men believed they could transfer large sums of money under the radar. Little did they know we were watching, and this investigation shows the commitment of the NCA and Met to ensuring money launderers face justice.

“Money laundering fuels serious and organised crime. Together we’re determined to disrupt networks which provide this vital service to criminals.”