A man and woman have been arrested as part of a National Crime Agency investigation into the attempted importation of 11 kilos of class A drugs through East Midlands Airport. 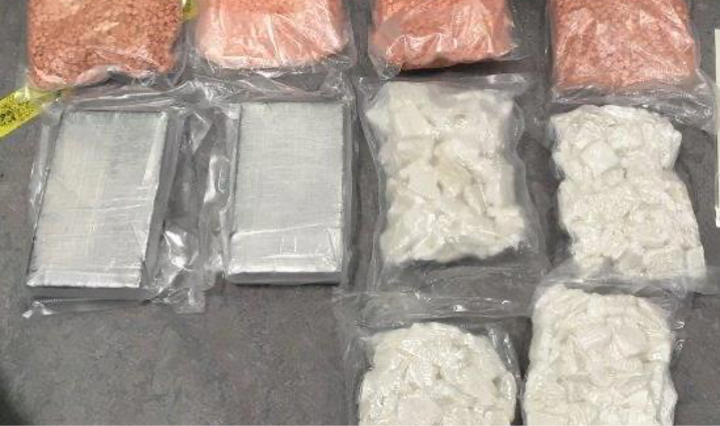 NCA officers, supported by partners from Northamptonshire Police, moved in on an address in Uppingham Street in Northampton this morning (16 February) where they detained the couple, both aged 25, on suspicion of smuggling offences.

The pair were questioned by NCA investigators before being released under investigation.

The arrests follow the seizure of around two kilos of cocaine, four kilos of ketamine and five kilos of amphetamines which had been hidden in a package containing pond filtration equipment.

The package, which had been sent from the Netherlands, was found during checks by Border Force on incoming parcel freight at East Midlands Airport on 5 February.

“The criminal gangs involved in drug distribution often also have links to violence and exploitation.

“Taking drugs out at source stops those groups from being able to profit from their illicit commodities.

“Working with partners like Border Force and Northamptonshire Police we are determined to do all we can to prevent supplies reaching criminal hands across the East Midlands.”

“We were very pleased to assist the NCA with this investigation and to successfully arrest this couple.

“People often think drugs are a victimless crime but what they don’t realise is that the people at the top of the chain often exploit vulnerable adults and children, putting them in danger and making them take all the risks. We will continue to do all we can to tackle this issue.”