Three men jailed for 29 years over gun and ammunition plot

Members of a London-based organised crime group have been jailed for a total of 29 years for possessing and supplying handguns and ammunition. 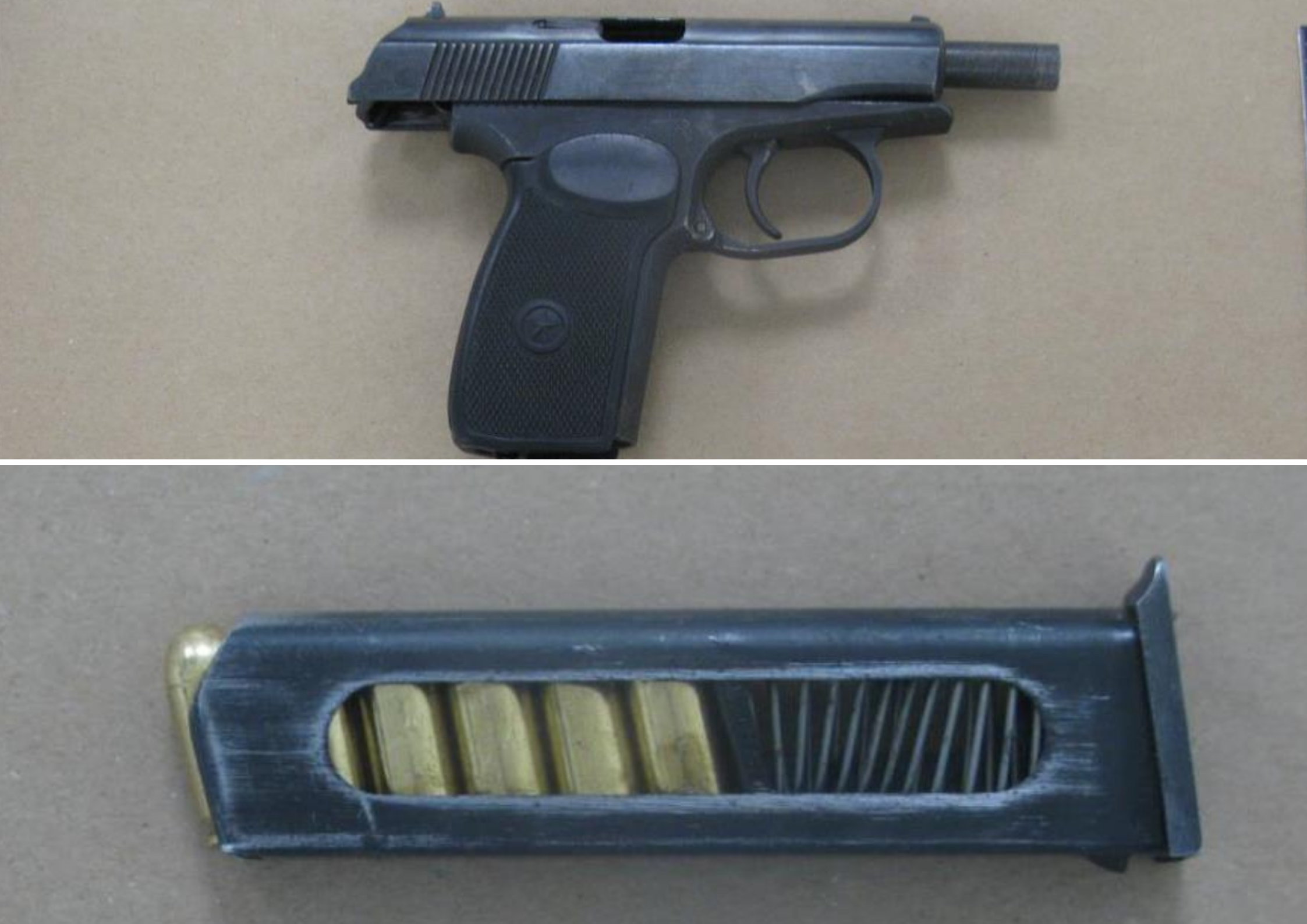 Artem Kuts, 39, of the Isle of Dogs, and Oliver Mark, 40, of Stratford, were arrested as part of a National Crime Agency investigation into the supply of firearms.

They were found guilty on 28 May following a seven-day trial at Southwark Crown Court, and were today (1 October) sentenced to 15 years and eight years respectively.

NCA surveillance teams watched as Kuts left his home carrying a brown paper bag on 12 October last year, and got into a black BMW 5 Series registered to Mark.

A third man, Alexander Georgiev (also known as Ernis Piranej), 26, of no fixed abode, who pleaded guilty at an earlier hearing, was seen getting in and out of the same car several times carrying the brown paper bag. He was jailed for six years.

Armed officers descended on the black car and found the bag in the rear passenger footwell. It contained a Russian brand Baikal self-loading pistol and eight rounds of Makarov ammunition. Mark and Kuts were both arrested for possession of a firearm.

Georgiev was arrested for conspiring to supply a firearm minutes later, as he attempted to flee in a blue BMW.

Officers then searched Kuts’ home and found two more Baikals and 14 rounds of ammunition, which had been hidden in the garden. They had been packaged heavily and wedged in the corner between the wall and a garden storage unit.

“Seizing handguns like the ones found in the Isle of Dogs, with the help of our partners at the Metropolitan Police Service, protects the public from this grave threat.

“The NCA works tirelessly to stop criminals like Kuts, Mark and Georgiev obtaining firearms and it is only right they should serve long jail sentences for their crimes.”