Three men have been charged with people smuggling offences after a fishing boat was intercepted off the coast of East Anglia. 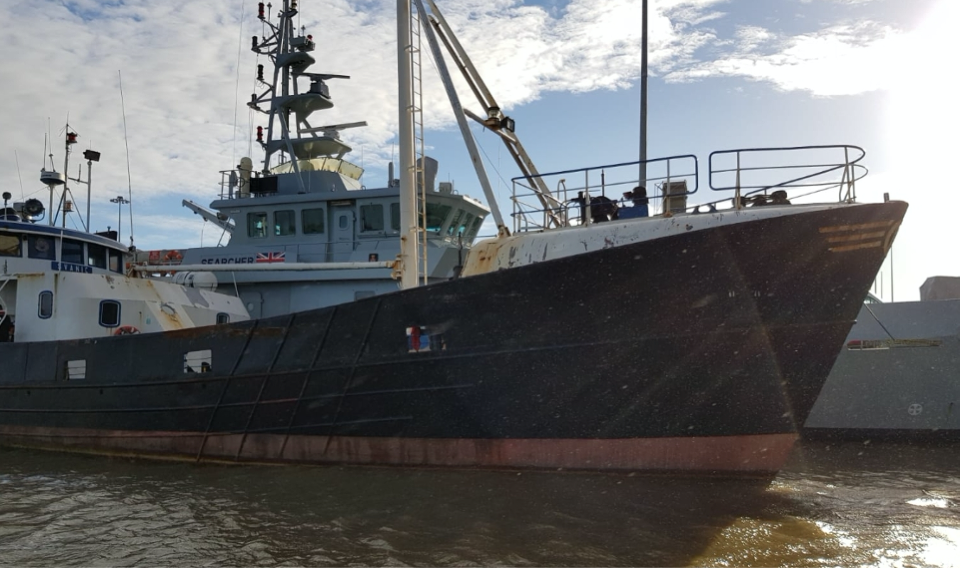 As part of an intelligence-led operation involving the National Crime Agency, Immigration Enforcement and Border Force, the vessel was located on Tuesday evening.

The three crew members, Igor Kosyi, 56, and Volodymyr Mykhailov, 48, both from Ukraine, and Aleksandrs Gulpe, 43, from Latvia, appeared at Colchester Magistrates Court this afternoon and have been remanded in custody.

The boat had sailed from the Ostend area of Belgium and was accompanied into Harwich harbour by Border Force cutters Searcher and Vigilant in the early hours of Wednesday morning, where the three crew members were arrested.

The other 69 people on board, all Albanian nationals, were arrested on suspicion of offences under the Immigration Act and are now being dealt with by Immigration Enforcement officers.

The operation at Harwich was assisted by Essex Police.

NCA Deputy Director of Investigations Chris Farrimond said: “This was clearly a significant incident and a bold attempt to breach the UK’s border controls by organised criminals.

“Our investigation into this attempt continues, and I’d like to thank Essex Police, Border Force and Immigration Enforcement for all they did and their ongoing support.

“Working with our partners we are determined to do all we can to disrupt and dismantle people smuggling networks, and prevent them from exploiting migrants for profit.

“Our aim is to target those who cause harm, safeguard those who are most vulnerable while securing the UK’s borders.”