Six people have been arrested in Kent and London as part of a National Crime Agency investigation into a suspected organised crime group conspiring to smuggle migrants across the Channel in lorries and small boats. 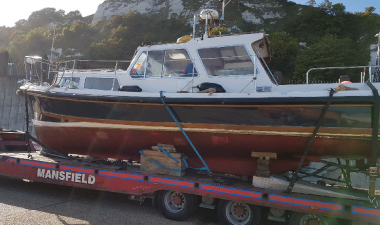 The six, all British men aged between 43 and 59, were arrested between Wednesday 11 and Friday 13 September in the Chingford and Folkestone areas for conspiring to facilitate illegal immigration into the UK.

These arrests are connected with the recovery of 12 migrants recovered from the rear of a lorry in West London on Saturday 7 September.

Following searches and interviews, five have now been released under investigation and one bailed pending further enquiries.

A significant amount of cash has been recovered, and a number of vehicles seized, including a boat.

“This is a significant moment in what has been a complex investigation, and we believe our action over the last few days will have significantly disrupted a crime network intent on smuggling migrants across the Channel illegally.

“We know people smugglers display a complete lack of regard for human life, and are happy to put the people they treat as nothing more than a commodity in dangerous situations in small boats or in the backs of lorries.

“This is why disrupting such groups remains an operational priority for the NCA and our law enforcement partners.

“I would like to acknowledge and thank Kent Police, and Immigration Enforcement for their support to this investigation, which continues.”