A man has been charged with firearms offences after a loaded handgun and bullets were seized from the car he was travelling in yesterday [3 August] . 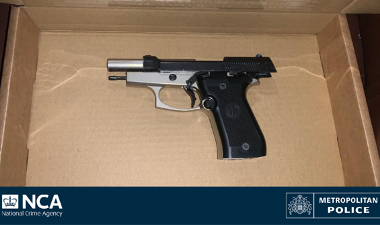 Officers from the Organised Crime Partnership – a joint NCA and Metropolitan Police Service unit – supported by West Midlands Police, stopped 22-year-old Klejdi Kazani between junctions 12 and 13 of the M1.

Kazani, an Albanian national, was arrested at the scene and charged yesterday evening with possession of a firearm with intent to endanger life.

He has been remanded in custody.

“Illegal firearms have no place in the UK and often end up in the hands of organised criminals, who use them to threaten, intimidate and incite violence.

“We’re grateful to West Midlands Police for supporting with this arrest and remain committed to stemming the supply of drugs and firearms into London.”