Two men, one of whom is a port worker, have been arrested by National Crime Agency officers investigating the attempted importation of cocaine with a potential street value of around £8 million. 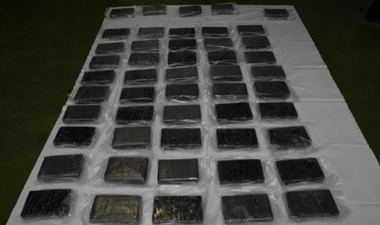 The men, aged 54 and 38, were detained on suspicion of conspiracy to import class A drugs at around 6pm yesterday in Southend, Essex, following an NCA operation, which was supported by Border Force, the Eastern Region Special Operations Unit, Essex Police and Kent Police.

It follows the seizure of around 100 kilos of cocaine found in two containers which had been shipped from Costa Rica to the London Gateway container port in Stanford-le-Hope, Essex.

The pair remain in custody and are now being questioned by NCA investigators.

“We know organised crime groups often rely on the knowledge and access of trusted insiders at ports and airports to bring in their illicit commodities. It is a threat we are alive to and treat as a priority.

“Working with our law enforcement partners and the port operators we are determined to do all we can to disrupt criminal activity, and protect the UK’s border security.

“Yesterday’s operation demonstrates that in action, and I want to thank those partners who worked with us. Our investigation continues.”