National Crime Agency officers have arrested a man wanted in connection with the smuggling of migrants found dead in a lorry in Essex in October 2019. 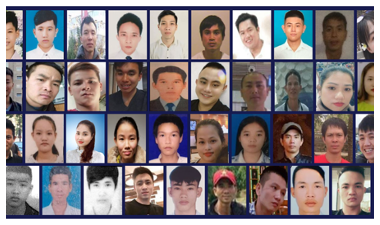 The Vietnamese national, who at this stage is not being named, was detained at a supermarket petrol station just of the A66 in Middlesbrough around 1pm this afternoon (17 June).

He is wanted by the Belgian authorities who allege he was a member of a people smuggling network moving migrants through Belgium and France and into the UK in the back of lorries.

He is suspected of running safe houses in Brussels where the migrants stayed before their fatal journey. He is also accused of organising their onward transport in taxis to the collection point in France where they were stowed in the rear of the refrigerated lorry.

A Belgian investigating magistrate issued an arrest warrant in December, suspecting that he was now in the UK and had links to the Birmingham area.

However NCA investigators were able to track him down to a location in Middlesbrough where he was detained today, in an operation supported by the North East Regional Special Operations Unit (NERSOU).

He will now appear before Westminster Magistrates where extradition proceedings will begin.

“This is another significant arrest in terms of the identifying those involved in the events which led to the tragic deaths of those 39 migrants.

“The individual detained today is suspected by the Belgian authorities of having played a key role in placing at least ten migrants inside that lorry.

“Working closely with partners in the UK, Europe and beyond we are determined to do all we can to get justice for the families of those who died, and disrupt and dismantle the cruel organised criminal networks involved in people smuggling.”

Earlier this year seven people were given jail terms totalling more than 92 years for their roles in the events which led to the Essex deaths, including four men who were found guilty of manslaughter. This followed an extensive investigation led by Essex Police and supported by the NCA.

Another Vietnamese national, a man known as Ngo Sy Tai, was arrested by the NCA in December 2020 – he is also wanted by the Belgian authorities for his role in smuggling the victims. He awaits extradition.