A Vietnamese people smuggler who brought migrants into the UK to put them to work in his cannabis farms has been jailed.

Tuan Anh Do, 55, from Cheetham Hill, Manchester, was arrested following an undercover investigation by the National Crime Agency.

The investigation uncovered a number of cannabis grows throughout the north west of England organised by Do, who was also working with other north west-based criminals to smuggle migrants across from France to work in them. 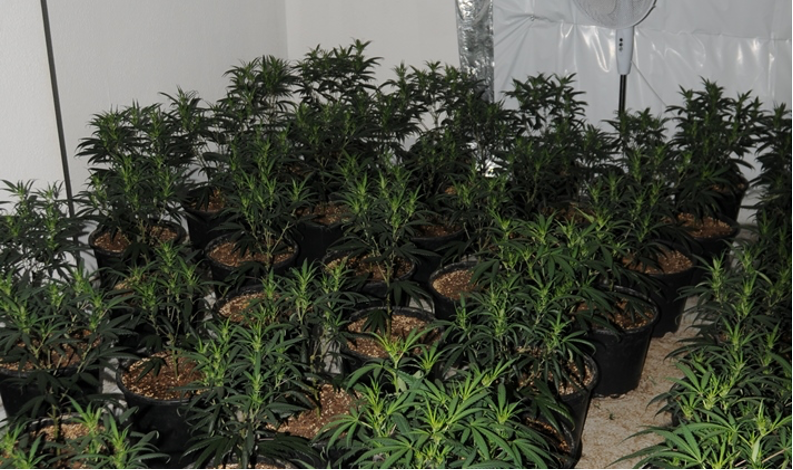 However, Do and his associates people smuggling activities had been infiltrated by undercover NCA officers.

Today, 8 March 2021, a judge at Manchester Crown Court sentenced Do to 11 years in prison.

NCA surveillance teams witnessed a number of meetings between Do and other members of the OCG where they planned bringing migrants over from France, with Do claiming to have contacts with criminal networks involved in people smuggling overseas.

At one point Do spoke directly to a NCA undercover officer regarding a proposal so smuggle migrants to the UK.

Do was arrested at a restaurant he ran with his wife in Blackburn in June 2017. Behind the bar in the restaurant was a piece of paper with a proposed pick-up location for migrants in Belgium. A substantial amount of cannabis was in his car, along with paperwork for another address in Accrington, which was discovered to be a cannabis farm.

“They see migrants as a commodity to be profited from, and have no care for the safety of those they move. We have seen the tragic consequences.

“In the case of Tuan Anh Do, not only was he involved in setting up these dangerous journeys, he was also looking to criminally exploit the migrants when they got here, putting them to work in illegal cannabis farms.

“We are working with law enforcement partners in the UK and overseas to stop criminal enterprises like this, and we are determined to do all we can to disrupt and dismantle them.”

A second man Mark Vella, 57, from Worsley, was also sentenced today to 23 months in prison, suspended for two years.

Vella was involved in the running of another cannabis farm raided by the NCA and Greater Manchester Police in Bolton in April 2017, where cannabis plants worth more than £100,000 were seized. He had a 10 year lease on the property, signed less than a year before.

He had been in regular contact with Do prior to his arrest, and both men admitted a separate charge of conspiring together to produce class B drugs at a hearing at Manchester Crown Court on 5 January this year.

A number of other men have been previously convicted and sentenced for their roles in the organised crime group.

Mark Minister, from Walkden in Greater Manchester, was given a five year jail term in January 2019. He was in direct contact with Do to arrange people smuggling, as were Scott Downie and Anthony Corkovic, both from Salford, who were jailed for seven years in October 2017.

Another man, Jetlind Gjyriqi, of Merton, south London, was sentenced to five years at the same time.