A computing student who had almost 500 child sexual abuse images including two horrific videos of very young victims being assaulted has been sentenced to 12 months in prison suspended for two years. 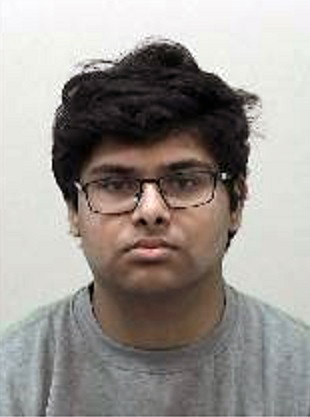 Abid Miah, 21, from Fenham in Newcastle, admitted to three counts of making indecent images and was sentenced today at Newcastle Crown Court.

On 23 May 2020 National Crime Agency investigators arrested Miah at his home on suspicion of making/distributing and possessing indecent images of children. Officers searched his house and recovered Miah’s Samsung mobile phone, a memory stick, and a laptop.

Forensic examination revealed that the phone and laptop contained 493 indecent images of children. There were 177 category A images (the most serious), 157 category B and 159 category C. Many of the images were hidden in a secret album and an encrypted cloud storage app.

These videos were known to law enforcement and the children, who were abused abroad, were safeguarded.

After answering ‘no comment’ in interview and originally denying the offences Miah pleaded guilty in February this year.

Tracy Holbrook, NCA senior investigating officer, said: “Abid Miah possessed some truly horrific material, some of it was the most distressing my team have had to view in a long time.

“Miah tried to conceal his offending by using a fake email address and encrypted storage applications.

“Protecting children is one of the NCA’s biggest priorities and we will do everything we can to safeguard victims and stop offenders.”

Miah was put on the sex offenders register for 10 years.

He was also made the subject of a Sexual Harm Prevention Order, made to forfeit his electronic devices and sent on a rehabilitation course.

Information and advice can be found on the Thinkuknow website. Links also include advice for parents, carers and professionals.