Three men who conspired together in plots to supply guns and drugs have admitted a range of offences. 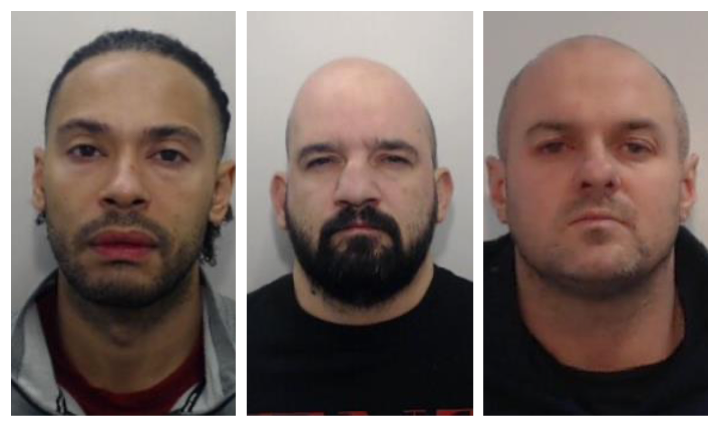 The two men also did business together on Encrochat, the encrypted comms platform taken down in 2020 by international law enforcement.

Salmon, who used the handle Maserati.Rick on the platform communicated with Fenton, known as Rarepalm, to strike various deals.

On 4 April 2020, Fenton asked Salmon if he had “another strap” – slang for gun. Salmon replied he had one with 30 bullets and their conversation indicated Salmon previously supplied him with a firearm for £7,750.

A week later Salmon sent Fenton a list of guns that were available to buy including an Uzi submachine gun and a Skorpion machine pistol. Fenton then sent the list onto his contacts.

Several weeks later in June, Salmon bought a Skorpion firearm and then sold it to Fenton.

In addition to discussing sourcing heroin, Fenton regularly bought cocaine – at around £40,000 a kilo, from Salmon, who was previously convicted of conspiring to supply Class A drugs in 2012.

Fenton used Karl Francomb, 43, to take delivery of the drugs at his home in Cranberry Fold Court, Darwen, Blackburn, Lancs, and hand over the money in exchange.

Salmon and Fenton both also dealt with other criminals.

Between April and June 2020, EncroChat messages showed Salmon dealing heroin, cocaine, mixing agents, ecstasy, ketamine and cannabis. In that period Fenton also offered to deal cocaine at around £40,000 at time to other offenders.

Fenton – previously sentenced to 10 years in jail for drugs offences - threw his iPhone out of his apartment window but it was recovered by officers who also discovered £60,000 in cash inside the flat.

A small bag of cocaine was also found in Francomb’s home when he was arrested.

The three declined to comment in interview but Salmon broke down and cried when faced with the evidence against him.

Dean Wallbank, NCA operations manager, said: “These three men are very dangerous offenders who do not care how lethal the commodities they supply are.

“They cared only about making vast sums of money.

“Faced by overwhelming evidence against them they had no option but to plead guilty.

“The NCA works with law enforcement partners at home and abroad to fight firearms and drugs threats, and this case shows how intrinsically linked they are.

“We will continue to do everything we can to protect the public from the harm that individuals such as these cause to society.”

There will be another hearing on 27 January to discuss Salmon’s basis of pleas ahead of sentencing.