Two criminals who were prepared to inflict violence to protect their illicit business will spend longer in prison.

Wraight, 37, from West Drayton, used the EncroChat handle ‘Rokafella’ to instigate the deals between April and June 2020. He was in communication with haulage company owner Bannister, 47, who was under the names ‘Goldbusiness’ and ‘Goldgame’.

Both men were arrested on suspicion of conspiracy to supply class A drugs and money laundering on 3 July 2020. Wraight was also arrested for driving without a valid licence and whilst under the influence of drugs or alcohol. 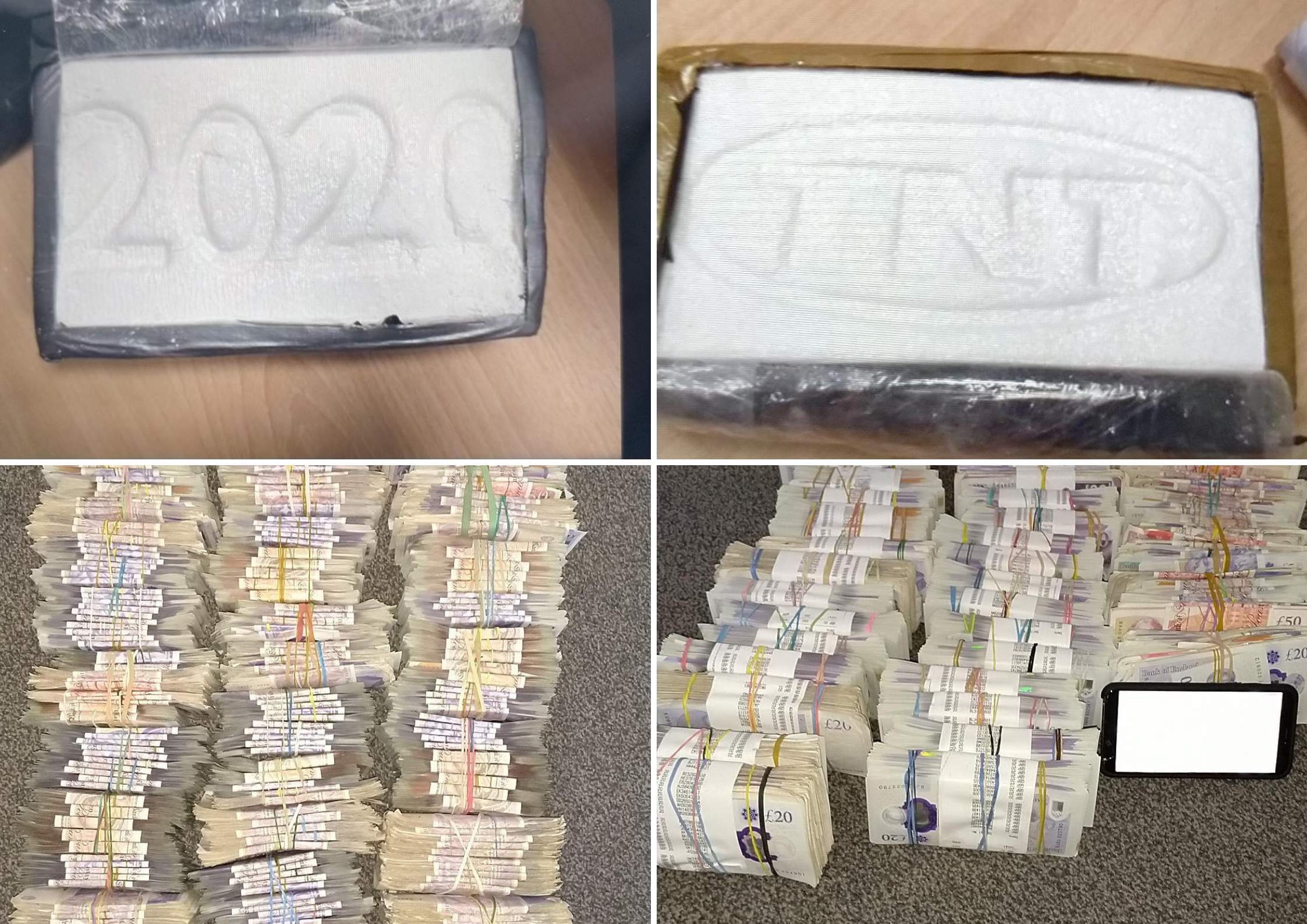 They both pleaded guilty at Isleworth Crown Court on 22 July 2021, with Wraight sentenced to 12 years and Bannister to nine. However, the sentences were increased to 16 years six months and 12 years nine months respectively at the Court of Appeal on Tuesday (14 December 2021) after they were found to be unduly lenient.

Encro messages showed the duo were ready to use violence against competitors to protect their business. On 10 April 2020 ‘Goldgame’ told ‘Rokafella’: “Mate we got to go and find this c*n*… You've left it long enough… Its time to get physical… Physical.” ‘Rokafella’ replies that “he’s hard to find” to which ‘Goldgame’ says “Don't sit there stressing soon as this is over u can get a stun gun were go find this c*n*…”.

In another message on 20 April 2020, ‘Goldgame’ acknowledges the seriousness of their criminality to ‘Rokafella’, saying: “This is serious business mate… Big money big bird."

The pair were responsible for the supply of large quantities of cocaine and the laundering of money made as a result of these deals. They were directly in contact with those importing drugs to the UK, and in April – June 2020 received a total of 120 kilos of cocaine which they then supplied onwards. This would have returned approximately £4 million.

Investigators found that Wraight was in charge of the operation, with contacts to secure wholesale amounts of class A drugs and customers to sell them to. This enabled Bannister to take a hands on role in the criminality.

Wraight tasked Bannister to fetch the drugs from those importing them, and Bannister used an 18 tonne lorry registered to his business to make these collections. On 16 April 2020 and 23 April 2020 they received 50 kilos, and 20 kilos on 13 May 2020.

On 15 May 2020 Bannister was supposed to collect a further 20 kilos, but pulled out of this transaction as he feared he was under surveillance.

A few weeks before their arrest, ‘Rokafella’ became increasingly worried about being caught, telling ‘Goldgame’: “Mate im telling there on us… We are a part of a massive operation”. He panics and begins to make plans to flee to Amsterdam or Germany, with ‘Goldgame’ encouraging him by saying: “Slip then mate I would”.

At the time of his arrest an overnight bag and passport were found in Wraight’s car.

Andrew Tickner, from the Organised Crime Partnership, said: “Wraight and Bannister were prepared to act violently to protect their despicable enterprise.

"This shows the corrosive effect that class A drugs can have on our communities, with violence and intimidation often the driver behind the trade.

“This case is yet another example of the NCA and Met Police working together to protect the public from this threat.”