Officers from the National Crime Agency have carried out a series of raids across London as part of an investigation into an organised crime group suspected of using victims of modern slavery to operate cannabis farms.

It follows an operation in April 2022 where the NCA uncovered a huge cannabis farm operating out of an industrial unit in Stroud, Gloucestershire. 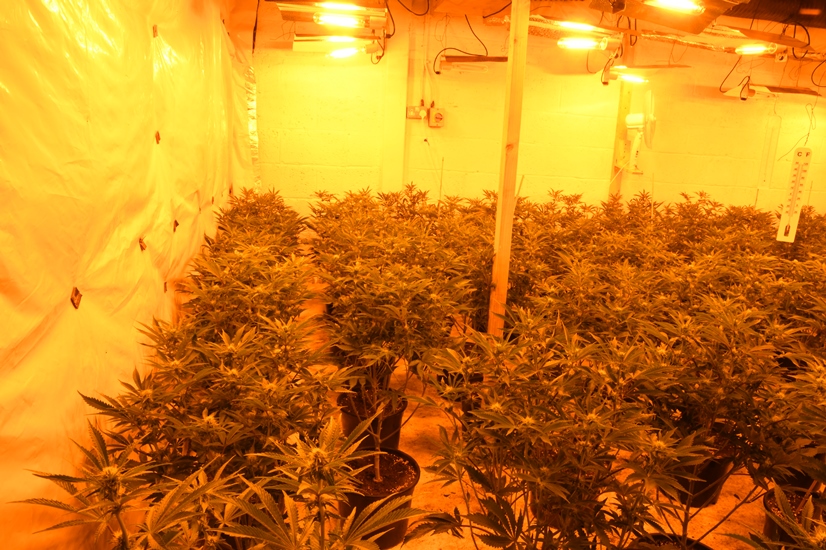 Officers found three suspected victims of modern slavery, all Vietnamese nationals, working at the premises. They were safeguarded.

Approximately 500 cannabis plants were recovered and destroyed. They would have had a street value in excess of £400,000.

Two months later in June, a man aged 34 and a woman aged 28, were arrested in Essex on suspicion of having set up the Stroud farm. They were later released under investigation.

Those arrested today are suspected of setting up cannabis farms, and trafficking victims between them to work. They remain in custody being questioned.

A further two individuals, one man and one woman, were arrested for immigration offences and will now be dealt with by the immigration authorities.

“Our investigation has uncovered a criminal network we believe to be involved in setting up cannabis farms, and staffing them with the victims of modern slavery and human trafficking.

“Three individuals have already been safeguarded, but it is likely there were more victims we don’t yet know about.

“These types of criminal gangs exploit others for profit, pure and simple.

“Modern slavery is often difficult to tackle because the victims don’t always recognise they are being exploited, which is why we need the public’s help.

“I’d ask anyone who sees something they don’t feel is right to report it. It might be someone seeming afraid, vulnerable or controlled, moved around against their will. These are all signs of exploitation.”

Anyone with suspicions about modern slavery should contact police on 101 or the Modern Slavery Helpline on 08000 121700.