Barriers to prevent child sex offences on the open web are so “shockingly low as to be virtually non-existent”, the National Crime Agency has told the Independent Inquiry into Child Sexual Abuse (IICSA). 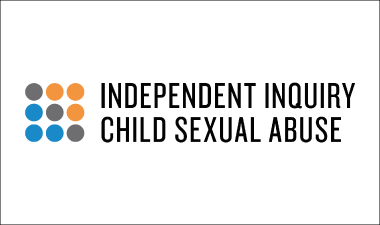 NCA Director Rob Jones told the inquiry panel this week that this fact should be of the gravest concern to all, especially the tech companies running the platforms offenders use and those who support them with advertising payments.

The prevalence on the open web of images of child sexual abuse and exploitation (CSAE) – and the use of the web to groom and live-stream child abuse – represents a crisis for modern society. The problem is treated as such by law enforcement, but the tech industry needs to match that response. Currently they are working largely reactively.

Director Jones said: “The objective should be clear: drive child abuse material, live streaming and grooming off the open web.

“There is, we would suggest, a clear and unambiguous moral obligation on those companies whose platforms and services host or facilitate these crimes to do whatever is necessary to achieve that objective.”

The Director added that good partnership work is done with industry but companies need to be more open with each other, share best practice and innovate together to end the scourge of CSAE.

Two barriers to this, he said, were probably “commercial advantage and brand equity”.

He added: “One of the challenges that we have is that when we discuss these issues with industry, it is very difficult to get the level of openness and transparency amongst all of the companies at the same time.

"There are good joint forums where we work very effectively together but when you get to the real detail of what's happening on networks, platforms, the level of transparency that we need to solve this problem is hard to achieve with some of these companies in one place.

"The proactivity of going on the front foot to deal with all of this and meet this threat isn't what we would like it to be.

“We need everybody to get behind the objective and reduce access to these images."

The panel heard about the increase in scale, severity and complexity of crimes committed by CSAE offenders.

Director Jones talked about an NCA operation in which Kyle Fox, 26, was jailed for 22 years for raping a five-year-old boy and appearing on the dark web sexually abusing a three-year-old girl.

As part of another operation, Tashan Gallagher, 31, was jailed for 15 years for raping a six-month-old girl and sexually assaulting a two-year-old boy.

Both jobs were illustrations of the escalation of offending and ‘offender pathway’ that the agency is increasingly seeing in which CSAE offenders become desensitised, join dark web or encrypted forums with other high-harm offenders, and are incited to record first-generation abuse and post it.

Director Jones told the panel: “I'm quite confident that most people that end up on the dark web on the really sadistic websites - promoting the sadistic abuse of babies and very young children - began their offending journey on the open web, so we need to raise the bar for entry into this type of offending.

"That means the open web needs to be a place where there is no tolerance for this type of abuse."

Each month coordinated action by the NCA and UK policing against online CSAE results in around 400 arrests and around 500 children being safeguarded.

Globally, the numbers of referrals received by the US National Centre for Missing and Exploited Children (NCMEC) jumped from 110,000 in 2004 to 18.4 million in 2018, the inquiry heard.

Last week with the launch of our National Strategic Assessment, the agency said there are approximately 144,000 UK CSAE offenders on some of the worst dark web CSAE sites.

Director Jones added: “We don't see any sign of that demand plateauing so it seems to be getting worse and you can't explain all of this by technology and greater access.

IICSA was conducting its second investigation phase, into how the internet is used to facilitate CSAE in England and Wales through acts like grooming, sharing indecent images and live-streaming abuse.

Neil Sheldon QC, the NCA’s barrister, spelt out what the NCA and wider law enforcement want from industry: pre-screening of all unencrypted content for CSAE; ring-fencing a proportion of each company’s R&D budget to fight CSAE; rigorous age and identity verification procedures for online users; a robust system of kite-marking to show which platforms are safe for children; monitoring of communications over the open web to detect grooming; and communications-related data being analysed for evidence of live-streaming of abuse.

Mr Sheldon told the panel: “We see no reason why these measures could not, or should not, be taken now. Our position is clear, and it reflects the priorities set out in the Serious and Organised Crime strategy.

“If there are difficulties or legitimate objections, or perceived legal obstacles to any of these, then industry needs to identify them clearly and we will help to ensure that they are overcome.”