National Crime Agency officers have played a crucial role in an international operation that has seen 4.6 tonnes of cocaine seized on its way to Europe.

The haul, which had it been cut and sold in the UK would have had a street value in excess of £300 million, was discovered in bags (pictured below left) on board a Brazilian flagged 21 metre tug boat, after it was intercepted off the west coast of Africa (below right).

The operation came as a result of intelligence sharing between the NCA, US Drug Enforcement Agency and Brazilian Federal Police who have been working together to identify and combat criminal networks involved in drug trafficking between Brazil, Africa and Europe. 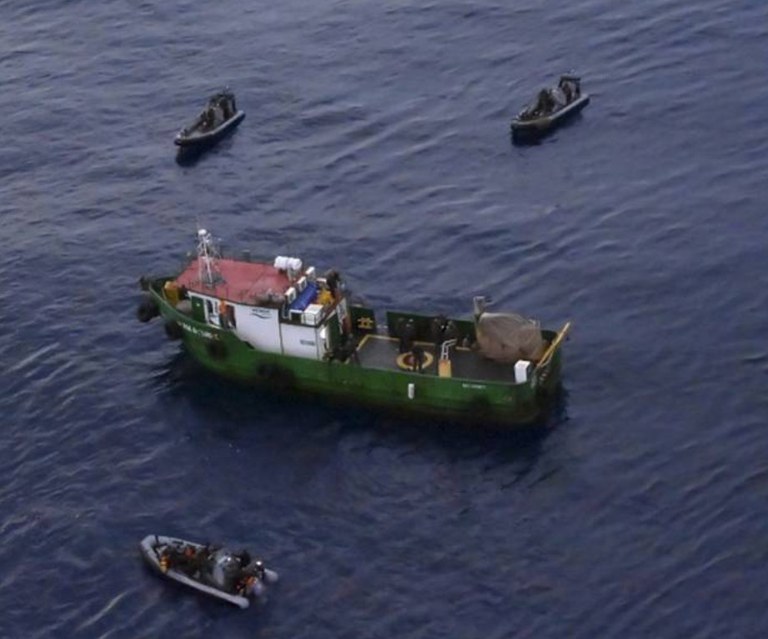 Efforts to intercept the vessel were co-ordinated by the NCA working alongside the US, French and Europol authorities through the Maritime Analysis and Operations Centre (Narcotics) in Lisbon.

The vessel was eventually boarded by the French navy in international waters around 400 miles off the coast of Sierra Leone on 30 November.

The crew, all Brazilian nationals, were detained and the cocaine was destroyed. 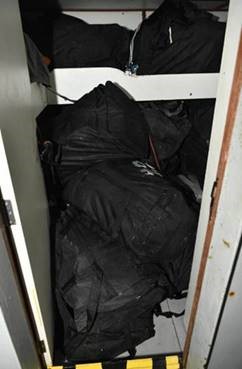 The investigation into the criminal groups involved on either side of the Atlantic is ongoing.

“This was a huge haul of cocaine that was stopped in transit to Europe, and it is highly likely that a proportion of it would have ended up here in the UK, fuelling violence and further criminality.

“Intelligence from the NCA’s network of international liaison officers in South America was vital to the success of the operation, but it required a huge multi-national effort, and I’m grateful for the assistance of our Five Eyes Law Enforcement Group partners in the US, as well as Brazil, France, Europol and MAOC-N.

“Working with them we are determined to do all we can to disrupt and dismantle the international crime networks involved in this deadly trade.”

The Five Eyes Law Enforcement Group (FELEG) is made up of law enforcement from the UK, Australia, New Zealand, Canada and the USA. FELEG is a global coalition of agencies working together to tackle transnational crime.