A massive haul of potentially deadly Class A drugs has been stopped from hitting UK streets after an international operation led by the National Crime Agency. 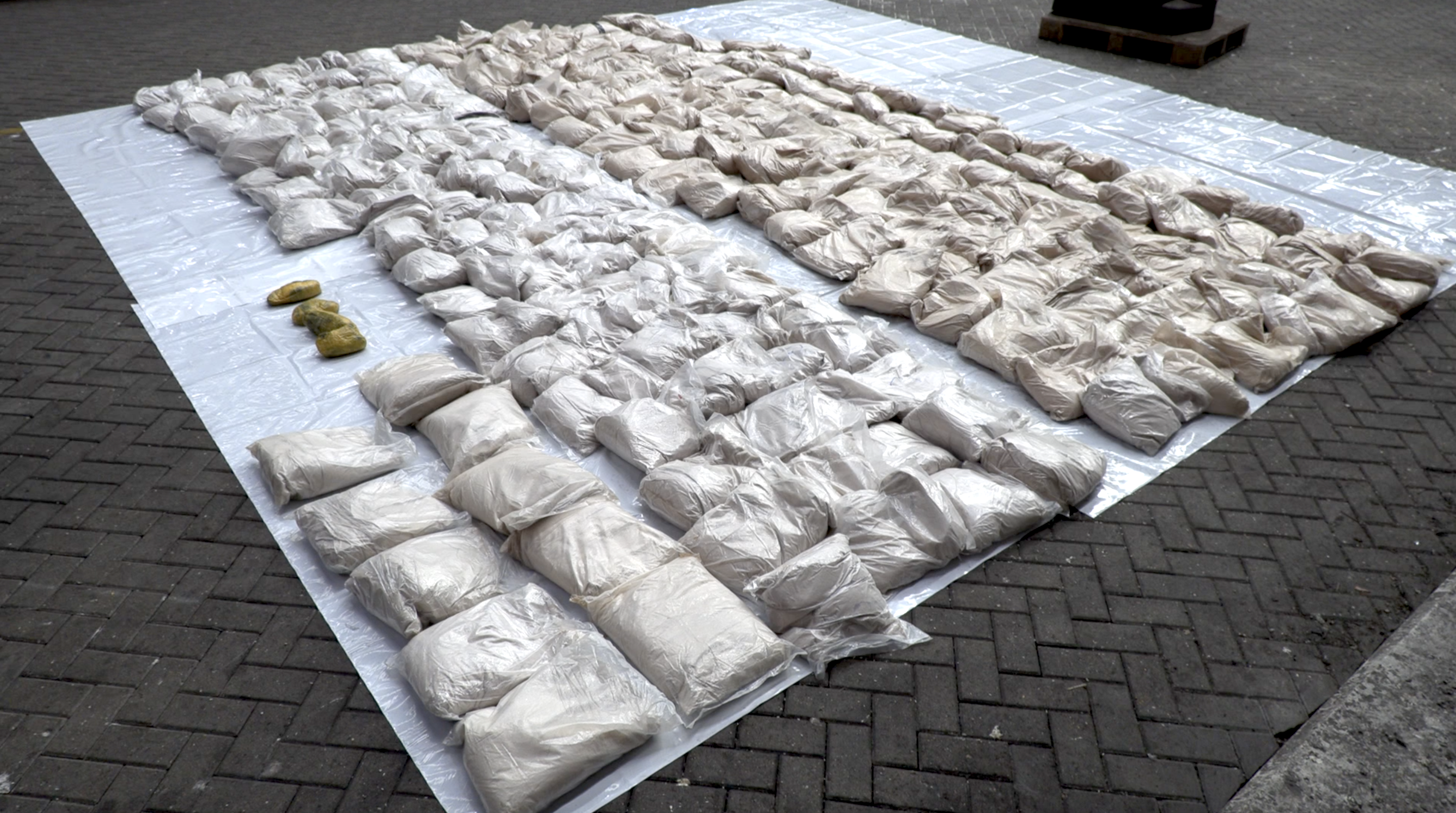 More than a tonne of Class A drugs – 1,196kg of heroin and morphine derivatives – were recovered from container ship the ‘Sembawang’ after it docked at the port of Felixstowe.

National Crime Agency investigators developed intelligence and knew the drugs would be on the vessel when it docked in the UK en route to Antwerp.

The haul would be worth around £21 million to organised criminals at wholesale, and in excess of £120 million at street level. Heroin is typically supplied via County Lines dealing, which relies on the exploitation of children and vulnerable people to transport the drugs.

The container was searched by NCA officers with support from Border Force after it docked on Saturday 12 September. The drugs were hidden in bags of rice.

The seizure is one of the largest ever of heroin in the UK.

Last year as part of other NCA operations, nearly 1.3 tonnes and 398kg of heroin were seized in loads arriving at Felixstowe.

After officers removed the drugs during the early hours of Sunday morning, they returned the container to the vessel, which continued on to Antwerp and docked in the Belgian port city on 15 September. 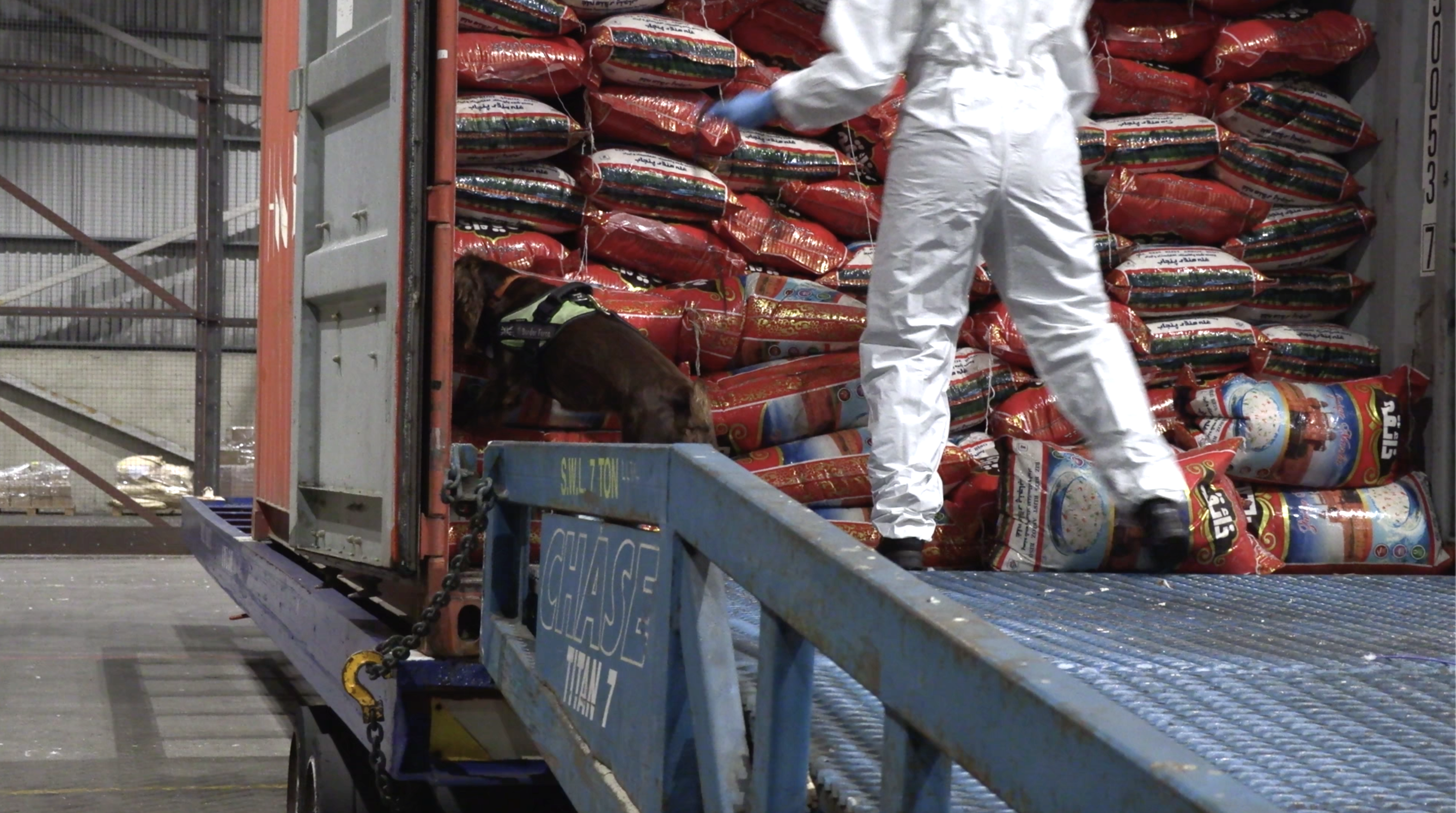 Under surveillance by Dutch and Belgian law enforcement agencies, the container was driven by lorry to a warehouse south of the Hague, the Netherlands.

Upon arrival, officers moved in and arrested three people – the driver and two men involved in the unloading.

As they were arrested a man, aged 45 – suspected to be a UK facilitator in the organised crime group – was arrested on the M40 by Thames Valley Police assisting the NCA. He has been released on bail.

The seizure and arrests were the result of strong partnership working with European law enforcement agencies.

Nikki Holland, NCA Director of Investigations, said: “This is a huge seizure which has denied organised criminals tens of millions of pounds in profits, and is the result of a targeted, intelligence-led investigation, carried out by the NCA with international and UK partners.

“We know that a lot of these drugs would have ultimately been sold in the UK, through County Lines networks.

“There is violent competition between rival organised crime groups at all stages of Class A drug production and supply. The business model also involves the exploitation of vulnerable adults and children both in the UK and overseas.

“Policing colleagues are tackling street level County Lines gangs who dominate and intimidate UK communities, working closely with front line NCA officers who are taking action against the most controlling and most serious and organised criminals causing the most harm across the UK.

“By targeting those at the top of the chain and dismantling the County Lines business model, we reduce drug supply to the UK, making it an unviable business.”

Minister for Immigration Compliance and Courts Chris Philp said: “This was a large seizure of dangerous drugs and I would like to congratulate Border Force and NCA officers for their efforts.

“Even though the container ship was destined for the Netherlands, it is highly likely its illicit cargo could have ended up on UK streets as well as mainland Europe.

“Class A drugs like heroin and diamorphine wreak havoc on individuals and communities, and there is no place for them in any civilised society.

“Working with our law enforcement partners at home and abroad, we are determined to do all we can to disrupt organised criminal networks and bring those responsible for this despicable trade to justice.”