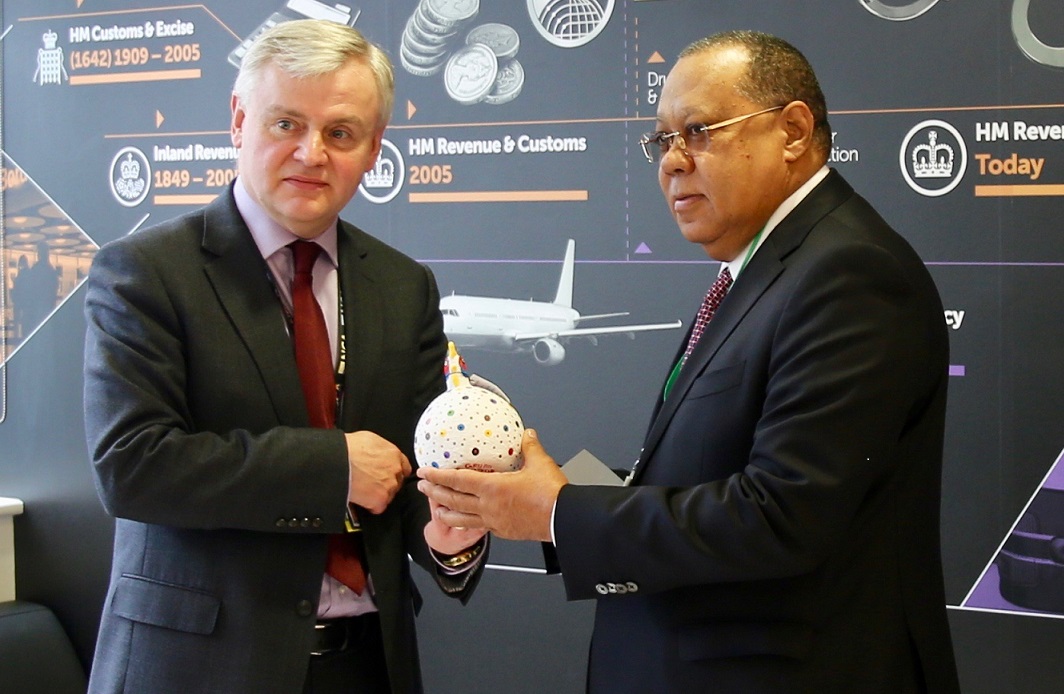 During the three day stay the Attorney General also met with the UK Central Authority at the Home Office (which assists in mutual legal assistance requests), the Crown Prosecution Service, the Foreign and Commonwealth Office, the Serious Fraud Office and the City of London Police.

The visit builds on existing cooperation, including assistance provided to the Angolan authorities by the NCA’s International Corruption Unit and the International Anti-Corruption Co-ordination Centre to return USD 500 million of misappropriated funds to the country’s central bank (Banco Nacional de Angola) in 2018. An NCA investigation into alleged money laundering offences in the UK is ongoing.

Following the NCA assistance, Detective Sergeant Ian Sales and Detective Constable David Aldous from the City of London Police’s Economic Crime Academy (ECA) travelled to the Republic of Angola in February 2019 to discuss what fraud training the country needed in order to support their current national anti-corruption plan.

The NCA provided information to Angolan authorities about the ECA, and the training it provides, which led to their initial contact.

NCA Director Donald Toon said: “We’ve forged a successful and co-operative relationship with Angolan prosecutors and the government as they work to create a strong infrastructure to combat corruption.

“We hope the visit this week helps to further develop their work and we continue to offer our services and assistance in line with existing protocols.”

Detective Sergeant Ian Sales, of the City of London’s Economic Crime Academy, said: “The Economic Crime Academy continues to deliver training across the globe and we’re pleased to have recently developed a relationship with Angolan authorities, which involved us visiting them in their capital to discuss how we can improve their capabilities in countering fraud.

“We’ve been delighted to be able to return the favour and host them in the City this week. It’s given us the opportunity to build on our good relationship and provide them with a better understanding of not only the ECA, but also the wider role that the City of London Police plays in helping tackle fraud and cybercrime, both nationally and internationally.”

Following the visit, the ECA is now collating the information they gathered in order to draw up a comprehensive learning needs analysis report, which may result in officers travelling back to Angola in summer 2019 to deliver a series of fraud training courses, though nothing has been confirmed at this stage.