The plan, developed between the NCA, Facebook, Instagram, You Tube, TikTok and Twitter, will see greater collaboration against crime groups using the internet to recruit, communicate and advertise a range of services to migrants. 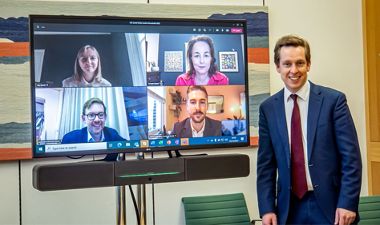 The action plan will see a greater shared understanding of the threat from organised immigration crime between social media companies and the NCA, such as through the issuing of intelligence-based alerts by the NCA, as well as a more streamlined, two-way system of communication between them.

Social media companies will build on the support and information provided by the NCA to identify and quickly remove content that violates platforms’ terms of service or guidelines.

They will meet regularly with the NCA to share updates, discuss ongoing issues and also work with the NCA and partners to deliver a public-facing information campaign on organised crime groups.

“People smugglers use the internet to advertise services that are often in stark contrast to the reality, and don’t reflect the dangerous nature of Channel crossings either in small boats or concealed in the backs of lorries.

“This plan is an important first step towards our aim of preventing organised crime groups from using platforms in this way, and I welcome the collaborative approach shown by the social media companies in agreeing it.

“I believe it will support the NCA’s work to tackle organised immigration crime, allow more effective enforcement and help us disrupt this form of criminality.”

The formal announcement of the plan follows a meeting of the main social media companies, Minister for Justice and Tackling Illegal Migration Tom Pursglove MP, and the NCA on 15 December.

Speaking after the meeting the Minister said:

“Last month’s small boat tragedy serves as a stark reminder of how dangerous these illegal crossings are and why we must go further and faster to dismantle the ruthless criminal gangs behind them.

“People smugglers use social media platforms to glamourise, promote and profiteer from these lethal crossings and we are determined to stop them using every tool at our disposal.

“This action plan between the NCA and leading social media companies plays an important part in our fight to break the business model of these criminal gangs behind these deadly crossings.”

In a joint statement, the social media companies said:

“Meta, TikTok, Twitter and YouTube are committed to helping tackle the issue of organised immigration crime online. Each of our companies want to help with Government efforts to reduce the influence and reach of criminal gangs using the internet to target vulnerable migrants.

“We are committed to supporting these efforts to make the online community a safer and more responsible place and we are proud to be a part of this campaign.”