More than £800,000 will be returned to the public purse after the National Crime Agency secured a forfeiture order on cash seized from a group of men attempting to smuggle it out of the UK. 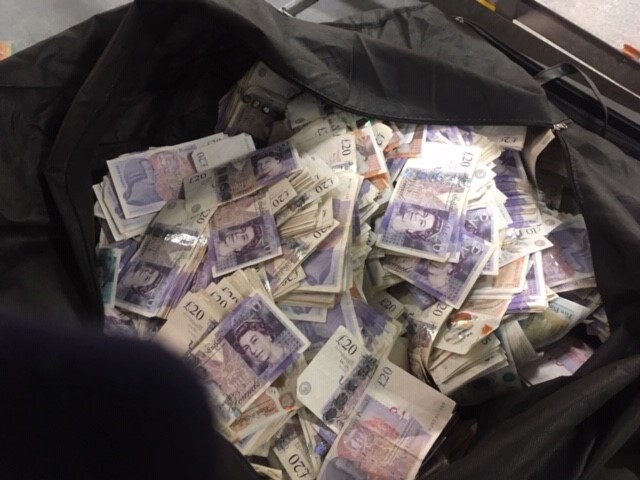 The money was found stuffed into the checked in luggage of six Italian nationals, who were stopped by Border Force officers just before boarding a flight from Stansted Airport to Podgorica, Montenegro, on 2 February 2019.

When questioned, Pietro Doca, William Cerri, Giuseppino Anfosso, Giovanni Piazza, Angelo Inferrera and Nicola Anfosso all claimed they traded in the sale and purchase of high value watches, such as Rolexes and Audemars Piguets.

However, nobody from the group could provide evidence - such as receipts or bank statements - that the money was linked to watch sales.

They were also unable to confirm how much the watches had sold for, despite claiming this had happened the day before the seizure.

The NCA’s case, heard at Folkestone Magistrates’ Court today (10 March), was that the cash was derived from money laundering and/or intended for use in unlawful conduct, and therefore recoverable.

The NCA believe the cash was being couriered by the group for an unknown third party to avoid transferring it via legitimate means, such as through the banking system, which would have provided an audit trail.

None of the men attended the hearing, at which the court ordered the forfeiture of all the cash seized, plus interest accrued, and legal costs of £5,099.50.

NCA Branch Commander Mark Howes said: “The accounts given by these men regarding the origins of this cash just weren’t credible.

“Not only did they fail to declare the money, despite being given numerous opportunities to do so, but the way it had been stuffed into the suitcases clearly suggested it hadn’t come from a legitimate source.