Ten men have been arrested and 124kg of class A drugs recovered in a joint operation between the National Crime Agency and Metropolitan Police’s Organised Crime Partnership (OCP). 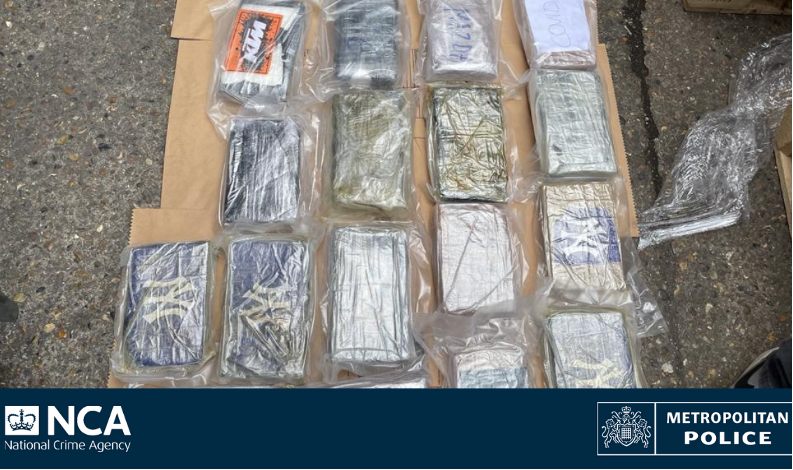 OCP officers seized 109kg of cocaine and 15kg of heroin after raiding an industrial unit in Enfield, North London, yesterday.

The suspects are made up of six Turkish nationals, three Britons and one Italian national.

Detective Chief Inspector Mark Brookes of the OCP said: “This operation is another great example of partnership working between the Met and NCA, which has resulted in a significant seizure of cocaine and heroin.

“This seizure has stopped dangerous drugs from reaching the streets of London and beyond, where they have the potential to cause great harm to people and communities.

“While these operations are complex and resource intensive, they are vital to disrupt organised criminal networks and to ensure we keep our communities safe.

“We know there is an inextricable link between drugs, violence and organised crime – that is why tackling the importation and supply of drugs is a crucial part of our work to reduce violent crime in London.”