A man who illegally imported handguns from Spain into Scotland has been jailed for three years and ten months. 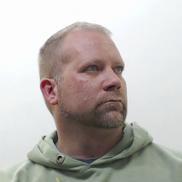 A man who illegally imported handguns from Spain into Scotland has been jailed for three years and ten months, following an investigation by the joint National Crime Agency and Police Scotland Organised Crime Partnership.

Douglas Urquhart was arrested after a raid on his home in the village of Loanhead, Midlothian in May this year.

Four illegal firearms and over 40 bladed weapons were recovered from the 45-year-old’s property.

The guns, front-venting blank firers which are illegal in the UK, were all found in a ‘panic room’ hidden in the basement.

The room had an electromagnetic lock controlled by PIN entry keypad, and contained tinned food, bottled water, a safe and a CCTV system which allowed sight of outside.

Weapons including throwing stars, knives and machetes were also found throughout the house. 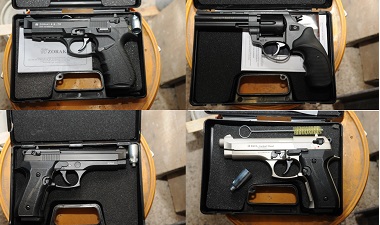 He was sentenced at the High Court in Glasgow today (Tuesday 15 October) after pleading guilty last month to firearms offences.

Urquhart, a joiner who described himself as a weapons and martial arts enthusiast, had previously applied to Police Scotland for a gun licence but had been refused.

“Our operations and investigations have now recovered over 40 firearms across Scotland since 2018 and we will continue in our efforts to take dangerous weapons off our streets.

“Targeting those who attempt to jeopardise the safety of our communities will continue to be a top priority for the OCP, supported by local divisions.”

“Urquhart had ordered these weapons online and imported them from Spain and, while they could only fire blanks in the state they were in, they are illegal in the UK because they can easily be converted to fire real ammunition.

“Tackling the illegal supply of firearms is a priority for the NCA, and we are determined to do all we can with our partners in Scotland and abroad to protect the public by doing just that.”