Man charged with possession of a firearm and cocaine

A man has been charged with drugs and firearms offences following an investigation by the Organised Crime Partnership (OCP) – a joint National Crime Agency and Metropolitan Police Service unit.

Rafal Jancz, 34, of North London, was arrested yesterday (27 May) in Exeter by Devon & Cornwall Police officers following information supplied by the OCP. Officers seized cocaine from his car.

As he was arrested, OCP officers searched his home on Clarence Road in North London and seized a firearm – a Bruni model 92 pistol – with a magazine and 20 rounds of ammunition. A holster and gun oil were also recovered. 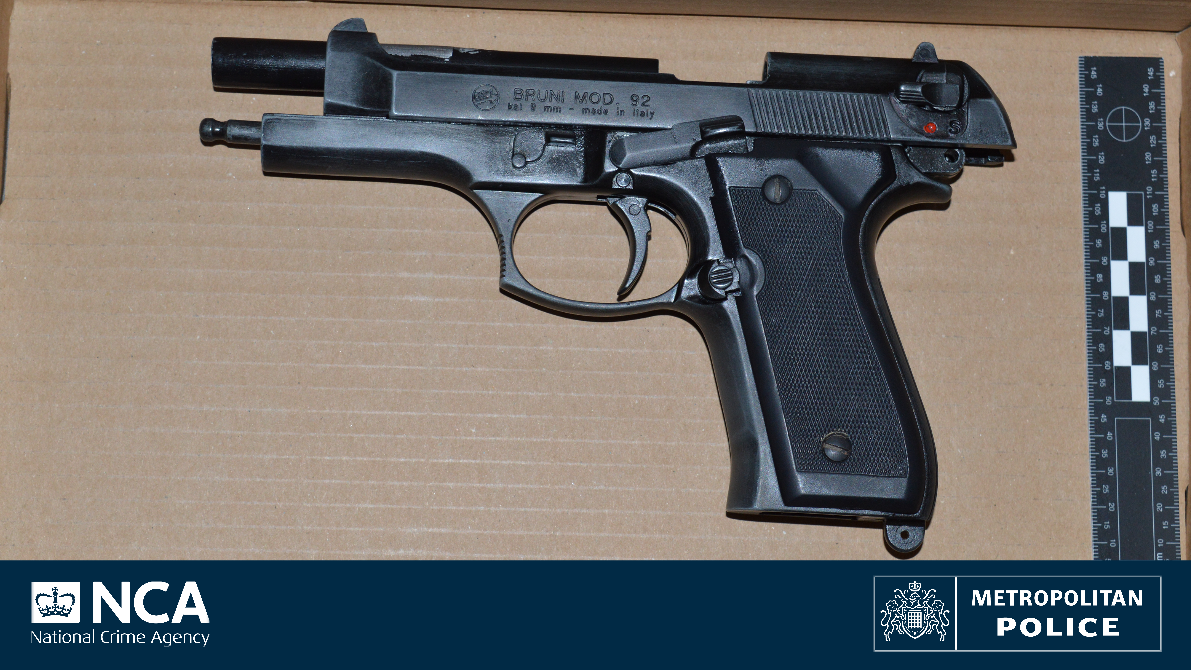 Jancz was charged with possession with intent to supply class A drugs and possession of a firearm and remanded in custody. His next appearance at Exeter Crown Court will be on 25 June 2020.

“This operation has seen an extremely dangerous weapon taken out of circulation and is yet another great example of the NCA and Met working side by side to keep the public safe.”