A security controller from North London has been jailed for three years for arranging the sexual abuse of children in the Philippines and paying to watch it via live-stream.

Graeme Wilson, 68, commissioned the abuse from his home in Barnet, where he was arrested by National Crime Agency officers in November 2019. 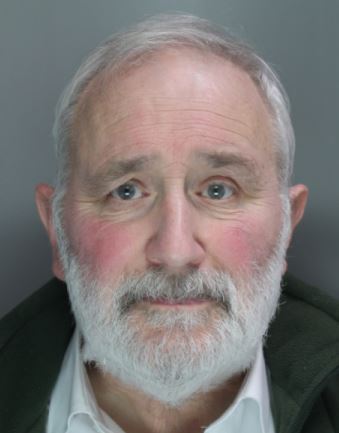 NCA investigators analysing material obtained from international partners and social media companies, identified chat logs in which he directed abuse facilitators in the Philippines to perform sexual acts on children. Wilson also told the children to abuse themselves and each other.

Two of the facilitators had been arrested in the Philippines earlier the same year.

Wilson told them he was actively seeking 14-year-olds but the logs showed he had engaged in directing the sexual abuse of children aged 13-16 on at least four occasions in 2017.

Investigators also uncovered evidence that he had paid the facilitators between 1200 and 1500 pesos (£18-£23) per live stream.

He pleaded guilty to all the charges and was sentenced this week at Southwark Crown Court to three years in prison.

He will also be subject to a Sexual Harm Prevention Order and was placed on the Sex Offenders Register for life.

Adam Priestley from the National Crime Agency said: “Wilson played a significant role in the sexual abuse of children thousands of miles away from him.

“He paid for them to be exploited for his own gratification, the fact he did so from behind a screen doesn’t absolve him of any responsibility.

“His actions helped fuel the demand for this financially motivated criminality in the Philippines, which is a significant threat globally and within the UK.

“The NCA works closely with law enforcement partners in the Philippines and internationally to ensure offenders are identified and stopped, and children safeguarded, wherever they are in the world.”

Julia Mcsorley of the CPS said: “Wilson’s intended victims were as young as 13 and the acts he requested were distressing and depraved.

“Wilson accepted his actions in part, saying he was only participating in fantasy-type chats on the sites before accepting full responsibility and pleading guilty.

“Thanks to the work of NCA officers and our dedicated prosecution team, Wilson has been brought to justice.

“Our specialist team, the Organised Child Sexual Abuse Unit, are committed to prosecuting people for offending of this nature whenever the legal tests are met.”