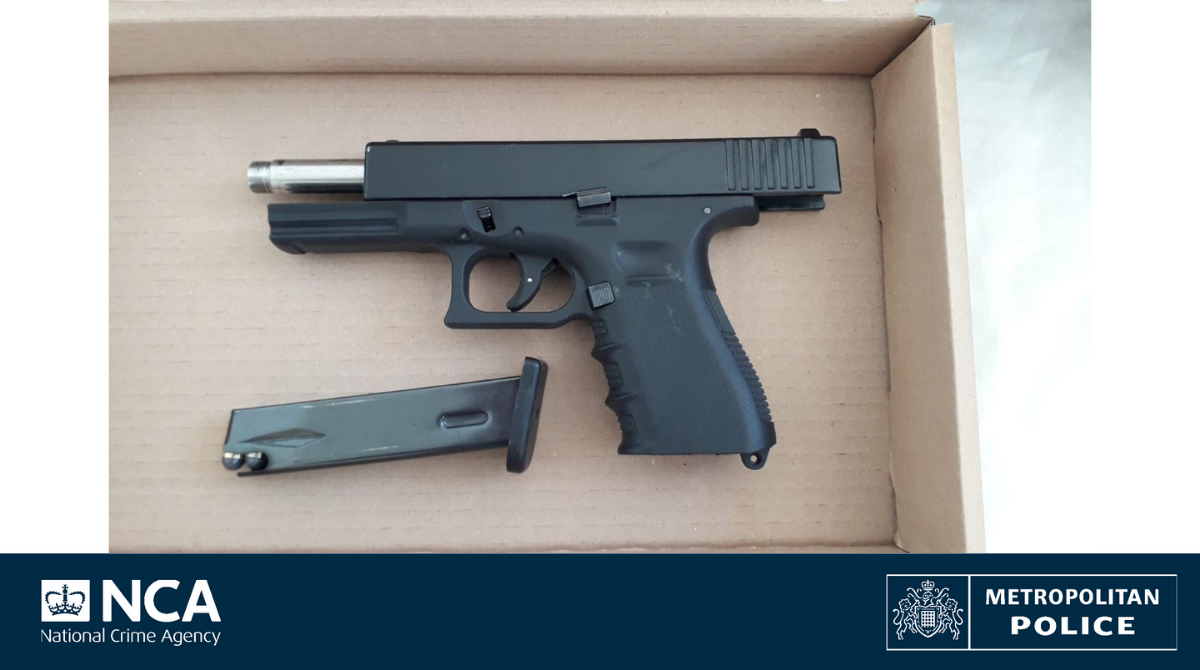 Two men have been charged after a loaded gun, ammunition, £60,000 in cash and cocaine was seized at a flat in Brent Cross, North West London.

Officers from the Organised Crime Partnership – a joint NCA and Metropolitan Police Service unit – raided the property on Claremont Road yesterday (7 May 2021).

During the search they seized over 100 wraps of cocaine, scales and other drug dealing paraphernalia, along with the £60,000 of suspected criminal cash.

Errison Hasaj, 21, and Bledar Kuraj, 23, both Albanian nationals, were arrested and charged with possession of a firearm and ammunition, possession with intent to supply cocaine and possession of criminal property.

They are due to appear at Willesden Magistrates Court today (8 May).

Matt McMillan, from the Organised Crime Partnership, said: “This operation illustrates the point that drugs and violence are intrinsically linked.

“The fact that the firearm seized was viable and ready loaded meant it presented a significant danger to the public, which has now been mitigated.

“Through this partnership, the NCA and the Met remain committed to stemming the supply of illegal drugs and firearms into London, and protecting the public from harm.”