A man from Lancashire has been jailed for more than six years for attempting to smuggle heroin worth almost £2 million into the UK in his campervan. 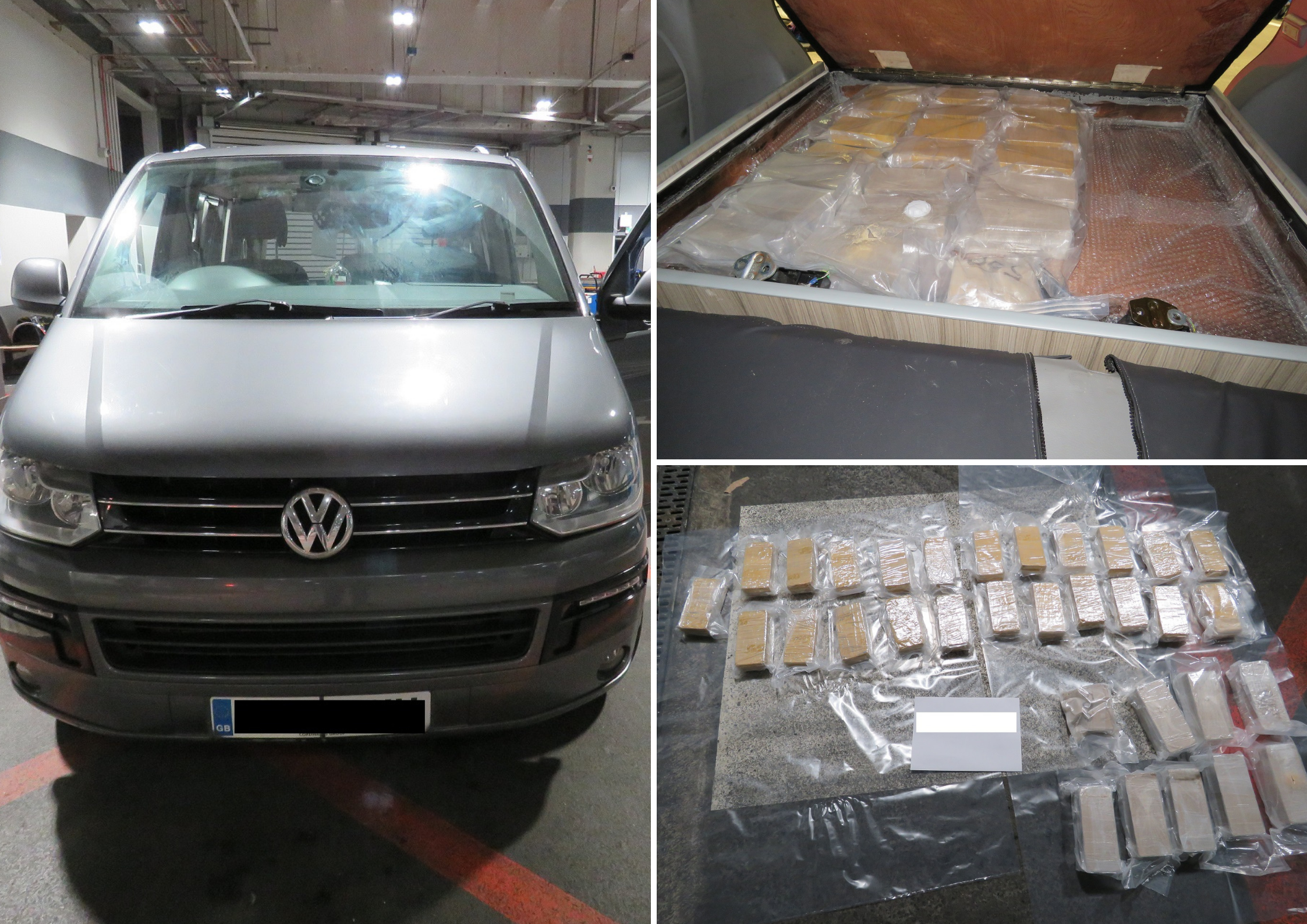 Michael Sloan, aged 42 and from Ormskirk, became the subject of an investigation by the National Crime Agency after the drugs were found in his van at Dover Eastern Docks two days before Christmas 2019.

Sloan was travelling with his partner and three children aged between one and six, and told Border Force officers who stopped him that the family had been on a trip to see the Christmas Market in Cologne, Germany.

A drug detection dog was brought in, and packages of heroin were found in a concealment which had been built in to a storage compartment at the rear. Almost 20 kilos was recovered.

NCA forensic experts found that the heroin was between 44 and 59 per cent pure, and once adulterated and sold would have had a street value of £1.98 million.

Investigators were also able to identify that the concealment had been built into the van after Sloan had purchased it.

On Monday 8 November Sloan pleaded guilty to smuggling class A drugs at a hearing at Canterbury Crown Court. The judge sentenced him to six years and four months in prison.

“This was a cynical attempt to bring dangerous class A drugs into the UK, which saw Sloan use his partner and young children as cover for his drug smuggling exploits.

“I’ve no doubt that the concealment in the van was built specifically for the purpose of smuggling, and that Sloan thought that travelling with his family would make it less likely they would be stopped.

“Heroin is closely linked to county lines type exploitation and violence, which is why we are working closely with partners like Border Force to target those trying to bring it in.”