Five men have been jailed for a total of almost 24 years for running a large-scale people smuggling ring bringing Kurdish migrants into the UK hidden in the back of lorries.

Manchester Crown Court heard how Tarik Namik, aged 45 and from Oldham, headed up the organised crime group who became subject of a National Crime Agency investigation in 2017.

Namik operated a sophisticated, lucrative criminal enterprise transporting migrants from Iraq and Iran and had connections with other people smugglers overseas.

Working for him were Hajar Ahmed, 39 from Manchester, and Soran Saliy, 32 from Stoke, who would help co-ordinate the UK leg of the operation. 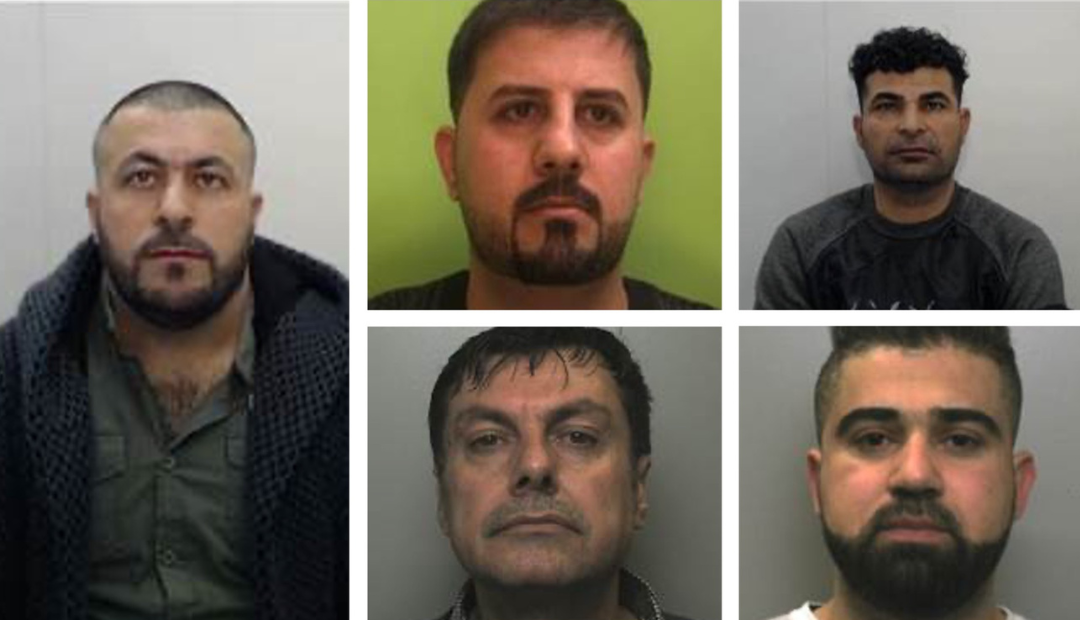 Habil Gider, 54 from Stoke, would act as an escort for some of the migrants once they were in the UK, while Hardi Alizada, 32 from Nottingham, travelled out to Europe to co-ordinate from there.

Recordings found on Namik’s phone suggest that he may have been involved in the smuggling of at least 1,900 migrants from the Balkans into France or Germany during  a 50-day period, charging around 1,800 euros per migrant.

The group would then offer two separate means of getting to the UK, which would incur extra cost.

The first, an ‘escorted’ facilitation, would see individual migrants collected by complicit lorry drivers in France or Belgium and hidden within their lorry, sometimes within the wind deflector above the cab, then met by an escort – usually taxi-driver Gider – once they had arrived into Dover. Gider would then take them on to their final destination.

Gider was caught red-handed carrying out one such facilitation in November 2017, after his car was stopped by the NCA driving north on the M26 in Kent. An Iraqi-Kurd woman was sitting in the rear – she had just arrived in a lorry into Dover. 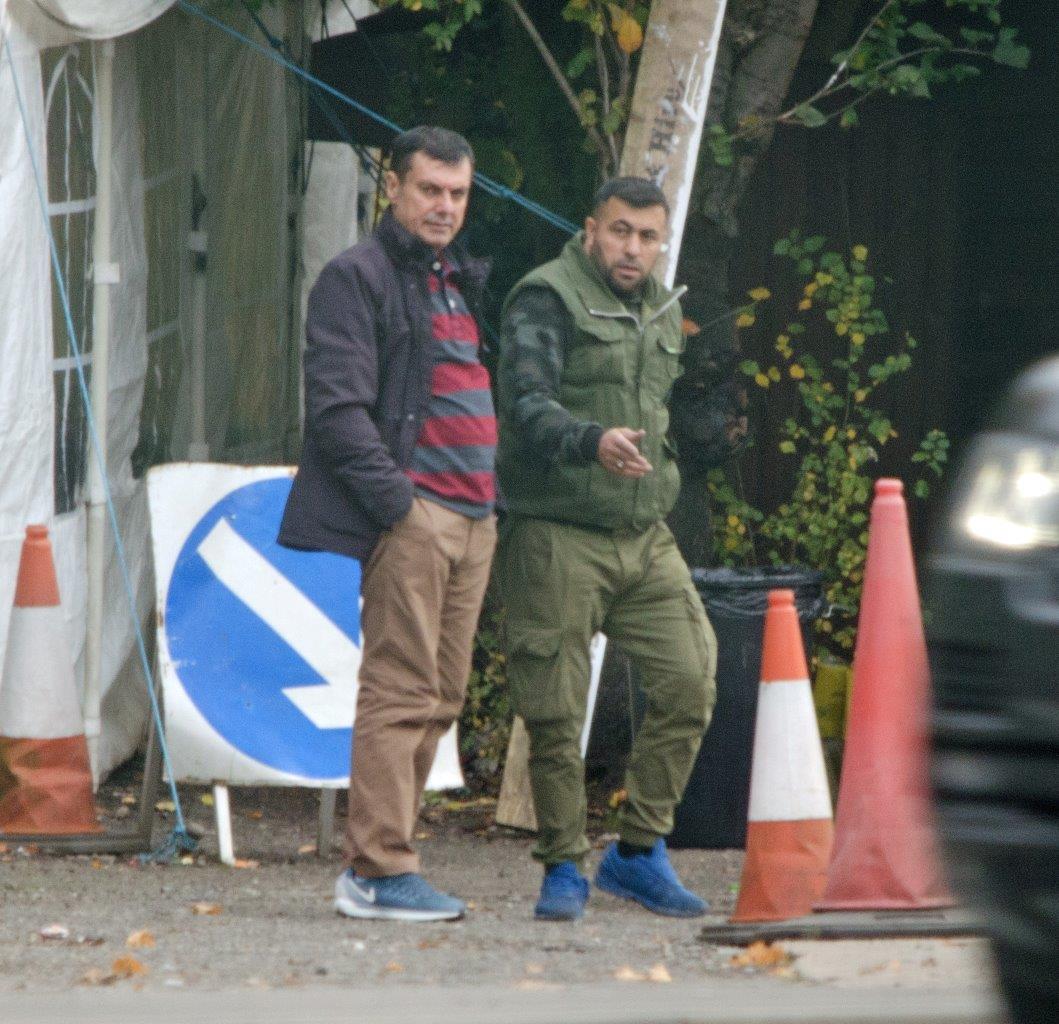 He had been in contact with Saliy throughout the day prior to his arrest. Following it, both Saliy and Namik binned the phones they had been using.

Eight days previously Gider had been involved in another attempted facilitation, but this time a migrant was discovered during checks at the border controls in Calais. Gider was in contact with Saliy throughout the day, who was in turn speaking to Alizada, who was in France.

Gider waited at South Mimms service station on the M25 for instruction, but after Alizada informed Saliy the attempt had been unsuccessful Gider was told to return to Stoke empty handed.

The other method would be to conceal larger groups of migrants in the back of a lorry, also driven by a complicit haulier, to be released once the driver was safely through border controls.

Once here the migrants would claim asylum.

In one such event in September 2017 nine migrants were released from a Polish lorry in a layby in Skelmersdale, Lancashire. Their escape was witnessed by another driver.

One of the migrants had just dialled 999 to beg for help. The group, which included five children, were desperate for food and water and were taken to hospital.

Prior to the event both Namik and Ahmed were in contact with a Belgian-based people smuggler called Dilman Jamal Ali, to arrange their movement. Ali was later convicted in Belgium for offences in connection with the incident.

Namik’s operation was finally dismantled in April 2018, when he, Ahmed and Saliy were arrested by officers from the NCA.

Alizada was arrested in Nottingham in February 2019 and charged in connection with his role.

All five admitted charges against them during a series of previous hearings.

On Friday 9 December they were collectively sentenced to 23 years and 11 months at Manchester Crown Court. 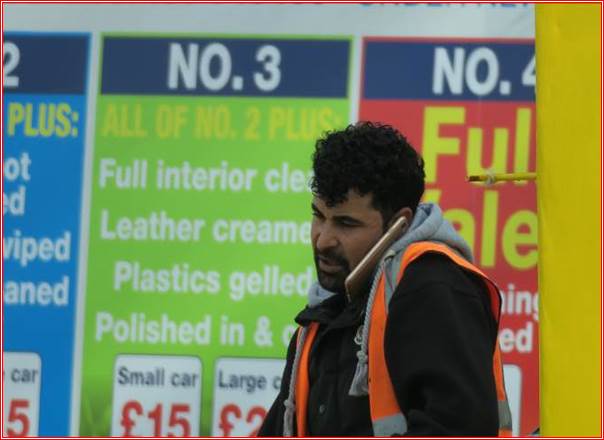 Tariq Namik failed to attend court for the hearing. He was sentenced in his absence and a warrant has now been issued for his arrest.

“The criminal group sought to subvert the UK asylum system for their own financial gain, putting vulnerable migrants – including young children - at great risk by transporting them in  the back of lorries or in concealments.

“This investigation demonstrates the NCA’s commitment to tackling Organised Immigration Crime, working with partners to relentlessly pursue those intent on smuggling vulnerable migrants into the UK.

“One of these men – Tarik Namik – failed to answer bail today and we are now working with partners to secure his immediate arrest. Anyone with information on Namik’s whereabouts should contact the charity Crimestoppers or the NCA directly on 0370 496 7622.”

Mike Duffy, Specialist Prosecutor for the Crown Prosecution Service, said:  “These criminals were involved in a large scale, highly professional, people smuggling operation, which aimed to secure the unlawful entry of asylum seekers into the United Kingdom for profit.

“The criminal organisation took substantial sums of money from vulnerable migrants desperate for a new life, promising to assist them into the country.

“Namik played a leading role in the network and oversaw the movement of a large number of migrants, some of whom, including children, were put in significant danger when being transported concealed in the back of a lorry.

“We worked closely with the NCA to build a strong case resulting in their conviction, disrupting the dangerous, exploitative and illegal movement of people into the country for profit.

“The CPS will use the Proceeds of Crime Act to relentlessly pursue any ill-gotten gains from this offending.”