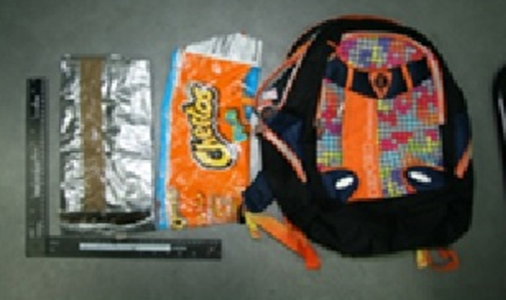 Thirteen people, including two British nationals, have been convicted in Portugal, after the National Crime Agency and Portuguese Judicial Police uncovered a plot to smuggle cocaine from the Caribbean to the UK on a cruise ship.

Around 16 kilos of the drug, which once adulterated would have had a UK street value of around £2 million, were seized from a group of passengers on the vessel when it docked in Funchal, Madeira, in March 2019.

In a joint operation with the NCA, Portuguese police moved in to make arrests after a group of four passengers disembarked the MSC Opera.

They handed the drugs over to a group of people already on the island, six of whom had recently flown in from the UK. This included the two UK nationals and two others resident in the UK.

The drugs were sewn into the insides of bags or concealed in bowls and were found in a vehicle and in a hotel room which had both been rented by the gang.

Their plan was to fly the drugs back to the UK or other locations on mainland Europe.

On 10 September a court in Funchal sentenced all 13 members of the crime group to a combined 74 years in jail.

Among those convicted was 31-year-old British national Geraldo Luis Jhonson Garcias from Nottingham, said to be one of the ringleaders of the plot.

He was sentenced to eight years in prison alongside fellow organiser 54-year-old Esteban Antonio Mercedes Espinal, a Dutch national resident in Brixton, London.

Their accomplice Vianelis Fermin-Pena, aged 22 and from Bestwood in Nottingham, was sentenced to six years in jail, while 22-year-old Colombian national Stephany Garcia Escallon, who had been living in Southwark, London, got a four year suspended sentence.

“We believe the end destination for a good proportion of these drugs would have been the UK, but through our close working with our partners in Portugal we were able to stop this crime group in their tracks.

“They might have thought that by using a more unusual routing for their drugs they would make things difficult for us.

“But this international operation demonstrates that the NCA has the ability to tackle drug trafficking at every step along the route, in source countries, in transit countries, at the UK border and on our own streets.

“We are determined to do all we can to disrupt these supply routes and deny organised criminals the profits they yearn.”