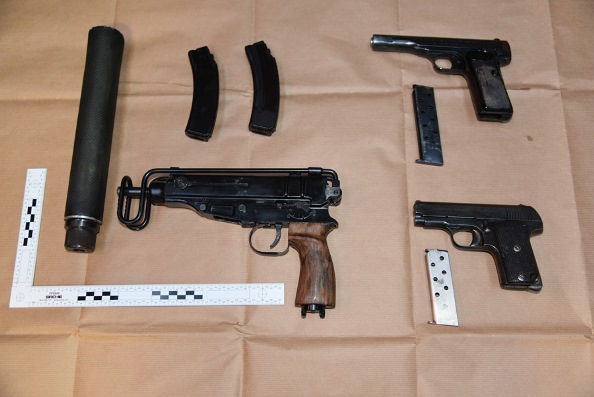 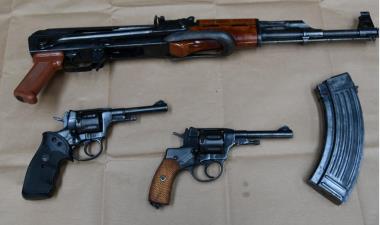 Nine firearms, including two AK47-style machine guns, have been seized following a joint operation by Border Force and the National Crime Agency at the port of Dover.

The weapons were discovered late on Friday 27 April when officers stopped a Polish-registered lorry arriving at Dover’s Eastern Docks.

The vehicle was searched and officers discovered the firearms within the load of soft furnishings and clothing.  Around 10 kilos of ammunition, several hundred rounds, were also found and the investigation was passed to the NCA.

A Polish national was arrested on suspicion of being involved in the importation of a firearm and later released under investigation while enquiries continue.

Mark Harding from the NCA said:

"I've no doubt this haul of weapons was destined for the criminal marketplace. Stopping them reaching that marketplace has protected the public.

"The weapons, which included a loaded Skorpion sub-machine gun and two AK47-type rifles, will now be sent for further forensic analysis. Our investigation continues."

“We are determined to prevent potentially deadly weapons such as these from reaching the UK’s streets.

“As well as making physical checks on arriving vehicles and cargo, Border Force works with their fellow law enforcement partners, like the National Crime Agency (NCA), to detect and stop dangerous weapons at the border.

"Our work led to the seizure of more than 10,000 offensive weapons last year.”