Jail for man with lethal gun and ammunition

A man has been jailed for seven years after a self-loading pistol and ammunition were seized from him on the M1 in Hertfordshire. 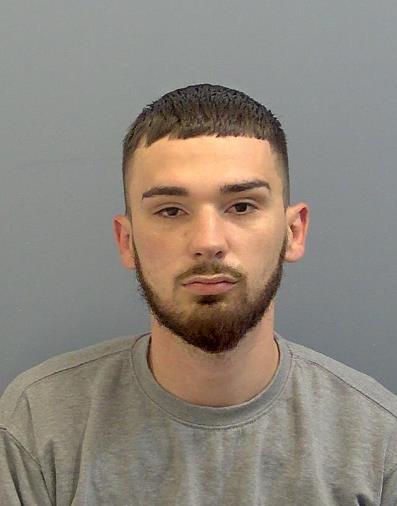 Albanian national Klejdi Kazani, 21, was under investigation by the Organised Crime Partnership (OCP) – a joint National Crime Agency and Metropolitan Police Service unit – when he was arrested in August last year.

OCP investigators tracked him while he was travelling on the M1 from Birmingham to London and shared intelligence with West Midlands Police, who moved in to stop the car.

Officers recovered a converted blank-firing Turkish Retay 84FS self-loading pistol hidden under the front passenger seat. The weapon was able to fire live ammunition as its barrel blockage had been removed.

Kazani, who was sitting in the back, attempted to flee at which point a cigarette packet fell from his trouser pocket. He was arrested and several rounds of Italian Fiocchi 9mm blank cartridges, which had been modified by adding a steel ball bearing as a projectile, were found in the packet.

The driver of the car was also arrested and remains under investigation by the OCP.

“Kazani was caught with a deadly weapon and ammunition, which had the potential to inflict serious violence and fear on our streets.

“I’d like to thank West Midlands Police for their assistance in arresting Kazani.

“We will continue do all we can to protect the public from the threat of firearms, and pursue the organised criminals who supply them.”