Jail for drugs conspirators despite no drugs being found

Two members of an organised crime group have been jailed for conspiring to distribute 182.5kg of drugs – despite no drugs ever being found. 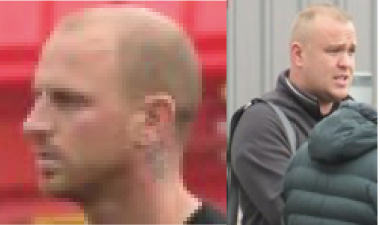 The National Crime Agency case against Brian Capon, 34, and Michael Downes 32, was so strong the pair pleaded guilty to conspiring to supply 58.5 kg of cocaine, 69kg of cannabis and 55kg of cannabis resin.

The NCA investigation into the pair began in August 2017 and was finished just two months later when the Crown Prosecution Service was satisfied that the evidence against the men was overwhelming.

During property searches NCA officers found cash, cash counting machines and lists detailing drugs deals and money made from the selling of Class A and B drugs.  It is from these debtors’ lists and covert recordings of conversations that led to the convictions.

Capon, originally of Moreton Avenue, Stretford, Manchester, and Downes, of no fixed abode, pleaded guilty and were jailed for 16 years and eight months and 11 years respectively yesterday at Manchester Crown Court.

“With or without drugs, the NCA with our law enforcement partners will identify you, trace you then disrupt and dismantle your organisation,” he said.

The NCA is appealing for assistance to locate a third man who is on the run and wanted in connection with the investigation, Kurt McDonough.

“We know that on Tuesday 9 July 2019 Kurt McDonough left his bail address in Little Lever, Bolton. He took a taxi to Bolton train station before travelling onto Liverpool.  At about 8.45pm that evening McDonough was seen on-board the Stena Lagan ship to Belfast.”

A warrant was then issued for McDonough’s arrest.

Mr Watson added: “I would urge Kurt to hand himself in. I’ve no doubt someone seeing this appeal will have information about his whereabouts.

“Although we know McDonough took a boat to Belfast, he is known to have connections to Ireland, Liverpool and Manchester.

“Anyone helping McDonough or actively frustrating our efforts to find him could be arrested for assisting an offender."

McDonough is white, 5ft 5 inches tall and has fair-coloured hair. He speaks with a northern accent.