Heroin smuggler caught out by receipt for bottle of whisky

A lying lorry driver who smuggled £3m worth of heroin into the UK was caught out when he put a receipt for a bottle of whisky next to his hidden load of the Class A drug. 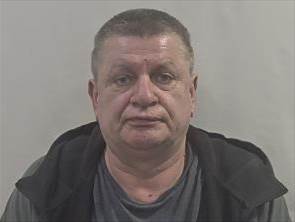 Lithuanian national Edmundas Bruzas, 56, of Arklow, County Wicklow, Ireland, said he knew nothing about the 60 tape-wrapped blocks of heroin in his cab when questioned by Border Force officers at the Port of Immingham on 25 March this year having arrived from Rotterdam.

He said he was carrying a load of strawberries for delivery to Ireland but said he was not present when the cargo was loaded.

Bruzas declared 200 cigarettes and a bottle of Grant’s Triple Wood Whisky he bought on an outbound ferry before collecting the strawberries.

Searching the heavy goods vehicle, Border Force officers noticed something wrong with part of the refrigeration unit and discovered the blocks of heroin weighing 30 kilos and next to them seven carrier bags in a concealed area.

Border Force referred the find to the National Crime Agency and an investigation was launched.

In custody, Bruzas said he knew nothing about the drugs and answered questions in two separate interviews.

He admitted buying the alcohol and said he didn’t know what he’d done with the receipt.

But when it was put to him that officers had found the receipt - showing his credit card details - for the whisky in a carrier bag next to the heroin he refused to answer any more questions.

Officers also discovered three mobile phones, a SIM card and a post-it note bearing the question: “Are Customs doing a check on you?”

Today, at Grimsby Crown Court Bruzas admitted smuggling the heroin and was sentenced to 12 years and six months.

NCA operations manager Carl Barrass said: “It was impossible for Bruzas not to know his cab had heroin in it. And when he realised we’d found his credit card receipt next to the drugs he had no option but to admit his guilt.

“Bruzas’s conviction removes a drugs smuggler from an organised crime group which has also lost a significant amount of money that would have been ploughed back into further offending.

“With partners such as Border Force and UK policing, the NCA leads the UK’s fight against Class A drugs which cause huge damage to our communities.”

Murdo Macmillan, Director of Border Force North, said: “These drugs destined for the UK would have fuelled addiction, violence and exploitation.

“This seizure and others like it, send a clear message to anyone who is considering smuggling illegal drugs into the country that we remain committed and prepared to tackle drug supply chains.

“The tireless professional efforts of Border Force officers prevent criminals like Edmundas Bruzas from smuggling drugs through the border.

“With our close working relationship with the NCA, we continue to detect and break supply chains.”