A gunman who once shot himself in the foot has been jailed for four years – as a specialist crime team marks six months of successes.

Paul While, 32, had only been out of prison for just 30 days in September this year when he was arrested by officers from the Merseyside Organised Crime Partnership – a specialist unit comprising National Crime Agency and Merseyside Police officers. 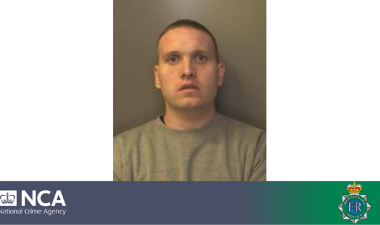 While, of Glen Way, Tower Hill, Kirkby, Liverpool, left prison where he’d been recalled after being arrested over a firearms discharge.

He has been linked to multiple firearms discharges and supplies in recent years. He also has convictions for burglary and trying to stab another inmate in jail.

While – well known by organised crime groups (OCGs) across Merseyside - was immediately on the OCP’s radar when he left prison and officers knew he was planning to acquire a gun.

On 2 September he was watched by OCP officers take possession of a sawn-off shotgun in Knotty Ash.

While entered a property on East Prescot Road in Knotty Ash, Liverpool, and officers moved in to arrest him.

While – who in December 2007 blasted himself in the foot with a sawn-off shotgun as he tried to threaten a rival - ran from the house and threw a bag containing the shotgun over a fence into a neighbouring garden and smashed his phone on the ground.

The judge said he had been involved in crime for the majority of his life.

While’s jailing comes as the OCP marks just over six months since it was launched.

The unit was set up in April to tackle high risk OCGs bringing drugs and firearms into the region.

The partnership has been busy in that period seizing at least four firearms, £750,000 of criminal cash, 104 kilos of cocaine, 13 kilos of heroin and 63 kilos of cannabis.

At the end of October Simon Roberts, 57, of Greasby, was jailed for 10-and-a-half years for conspiring to supply heroin, cocaine and money laundering.

In May, drug dealer Stephen Taylor, 33, of Cronton, Widnes, was sentenced to nearly 13 years in an investigation which emerged from Operation Venetic – the UK law enforcement response to the takedown of encrypted comms platform EncroChat.

Another man currently awaits sentencing for conspiracy to supply cocaine and heroin, while in recent weeks a man from Wallasey and a man from Knotty Ash were charged with conspiring to supply heroin, cocaine and cannabis.

There are also two other drugs prosecutions in the judicial system after OCP investigations and in a separate inquiry, a man was jailed for five years after admitting possession of a prohibited firearm and possession of ammunition.

Detective Chief Inspector Paul Lamb said: “The OCP’s core mission is to protect the public and protect Merseyside from organised crime groups and offenders such as Paul While trying to blight it with their lethal commodities.

“Drugs and firearms so often go hand in hand and cause misery and chaos.

“It has been a very busy start for the OCP with some significant successes but we are determined to do more.”

“The work we have done so far should serve as a warning to criminals across Merseyside that we are pursuing you and there is no end to our determination to bring you to justice.”