A gun runner has been jailed for seven years after an investigation by a specialist London crime team. 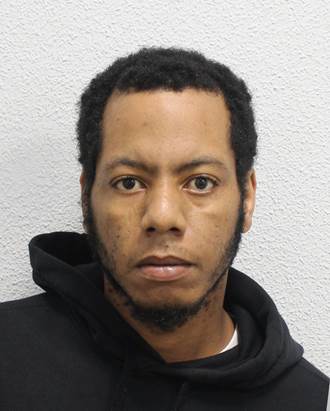 Givaunni Macdonna, 28, imported a self-loading 9mm pistol, nine bullets and some cannabis from the United States to the UK.

His attempt to smuggle the items through the post was being watched by the Organised Crime Partnership - made up of officers from the National Crime Agency and Metropolitan Police Service.

On 27 July 2020 a package that had been sent from Florida was intercepted by Border Force officers at Coventry International Hub.

Inside the package was a locked metal safe and inside that was a Brazilian Taurus Arms pistol, a magazine with nine 9mm cartridges and 352g of skunk cannabis.

All items were removed and the box was fitted with a listening device, painstakingly put back together and sent to its delivery address.

Macdonna used his mobile phone to track the device’s progress and on 31 July 2020 went to pick it up from a residential address in Elephant and Castle, central London, before taking it to his home in Lakedale Road, Greenwich, London.

He opened the package and seeing it was empty quickly realised he was in trouble.

At 6.21pm, 10 minutes after getting home, he walked to nearby Winns Common where he dumped the package in the undergrowth. OCP officers then moved in and arrested him.

In custody Macdonna claimed he thought the package was “just weed” and that it was due to be collected from him by other people.

He claimed his drug dealer ‘Ron’ had asked him to collect the package as a way of cancelling a drugs debt.

A forensic investigation of his mobile phone showed he used the encrypted app WhatsApp to discuss the weapon's transit with an unidentified accomplice.

Andy Tickner, of the Organised Crime Partnership, said: “The OCP’s core mission is to protect the public and protect London from organised crime groups and offenders such as Givaunni Macdonna.

“I’ve no doubt that if we and Border Force had not removed that weapon it would now be somewhere on our streets posing a huge threat.”