Three UK nationals have been convicted of drug trafficking offences after using the cargo industry to send crystal meth (methamphetamine) worth £3.5 million to Australia.

Yvonne Stewart, 51, from Croydon, Kevin Filkins, 52, from Sevenoaks and Robert Hamilton, 51, from Orpington were investigated by the Organised Crime Partnership, made up of officers from the National Crime Agency and Metropolitan Police, after a shipment containing 24 kilograms of the class A drug was seized in Australia.

Australian Border Force and the Australian Federal Police established that the shipment was from the UK, and OCP investigators found that the drugs had been sent from Croydon on 25 June 2021.

Stewart was responsible for the security inspection of the item. However, when the shipment arrived in Australia, it was discovered the drugs had not been concealed inside, meaning she had not properly checked the contents. 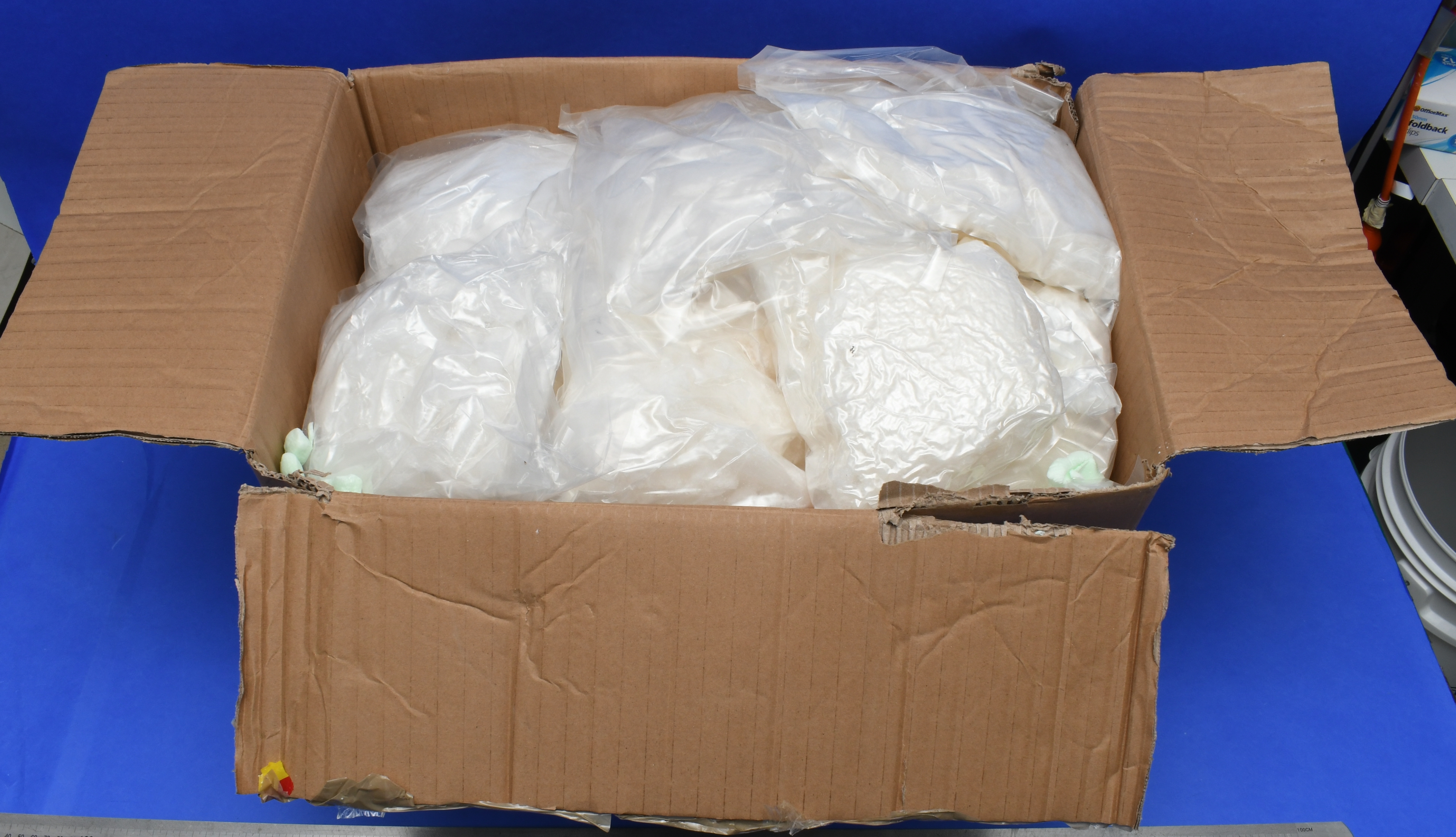 Phone records showed that, at key times, Stewart had been on the phone to Hamilton, who in turn had been in touch with Filkins.

Filkins’ phone, as well as vehicles he controlled, were seen to have travelled from his home address to the vicinity of the cargo centre the same morning, indicating he had driven the shipment to the cargo centre.

OCP investigators found that Filkins, Stewart and Hamilton had worked together to send two other shipments to Australia on 2 and 24 June 2021.

The three shipments were listed as sent by three individuals who the NCA found had their passports stolen. Two were paid for using a debit card in Filkins’ name, and the third from a card registered to a person whose passport was stolen.  This card, along with one of the stolen passports, were found in a search of Filkins’ home.

Filkins, Stewart and Hamilton were arrested on suspicion of being concerned in the exportation of Class A drugs in April 2022.

They were convicted today (13 January) after a trial at Croydon Crown Court.

Hamilton was also convicted of possession with intent to supply a Class B drug and production of a Class B drug after a number of cannabis plants were found at his address on arrest.

They will be sentenced at the same court on 2 March.

Richard Smith, from the Organised Crime Partnership, said: “This group exploited Stewart’s inside knowledge of the cargo industry to get their illegal shipment to Australia. They believed that once the shipment had been security checked, the drugs should remain undetected until they reached the recipient.

“However, our work with the Australian Federal Police has seen this organised crime group’s criminal supply chain dismantled. Our work will continue to target class A drugs supply, which fuels violence and exploitation in the UK and overseas.”

She said: “The AFP obtained intelligence during an Operation Ironside investigation in Australia about an organised crime syndicate allegedly operating in the UK and sending parcels of illicit drugs offshore.

“We worked closely with our counterparts at the National Crime Agency to share intelligence that identified members of the syndicate operating in the UK and stopped their criminal ventures.”