Greenock man jailed for importing handgun in the post

A man who bought a handgun from an online seller in Spain and tried to have it delivered to his home has been sentenced to five years imprisonment after a National Crime Agency and Police Scotland investigation.

The Organised Crime Partnership, a joint team of officers from the NCA and Police Scotland, started an investigation into Scott Grant, 36, from Wren Road in Greenock after a forward venting blank firing handgun was intercepted by Border Force as it came through the postal system.

The gun, which is illegal in the UK as it can easily be converted to fire real bullets, had been sent from Spain, where such weapons are legal. 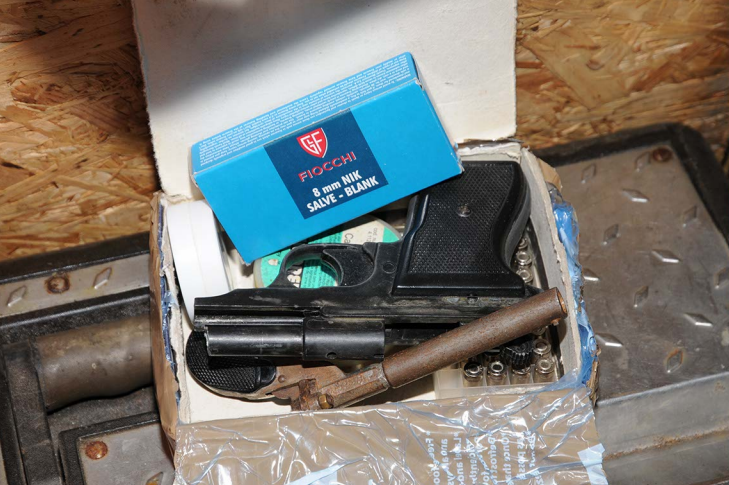 Grant, was arrested at his home on 14 May 2020 and a search of the property uncovered a crossbow, knives and a ballistic vest, as well as a second, legal, blank firing weapon.

After pleading guilty, Grant appeared at Edinburgh High Court yesterday (5 January) where he was sentenced to five years imprisonment for purchasing a prohibited weapon.

Robert Miles, from the Organised Crime Partnership, said: “Scott Grant claimed he thought the firearm he purchased was legal, but it could have been deadly once converted.

“The Organised Crime Partnership will continue our work with partners like Border Force to keep communities safe from potentially dangerous weapons like this.”

Detective Inspector Alan Cuthbert of the Organised Crime Partnership (Scotland) said: “There is absolutely no place for illegal firearms in our communities and I want to reassure people that we will continue to work with our partners to disrupt this type of activity. We will use all resources at our disposal to continue our fight against serious and organised crime, and bring those responsible to justice.

“I hope that Scott Grant’s sentence sends a clear message that this type of criminality will not be tolerated. No one is untouchable and you will be caught.

“Intelligence from members of the public is absolutely vital in our work to keep our communities safe and I would urge anyone who has information about the criminal use of firearms to get in touch.

She said: “It’s important that people who shop for these items recognise that, under the law, they are regarded as prohibited weapons.

“They are dangerous and carry a severe risk of serious injury or death if discharged.

“This sentence reflects the severity with which we, and our partners, treat such purchases.

“The Crown Office and Procurator Fiscal Service is committed to applying the law to ensure that communities are kept safe from such potentially harmful weapons.”