Four members of a criminal network have been jailed for a total of over 50 years for transporting hundreds of kilos of cocaine through Kent, stashed in frozen chicken and marrow bones. 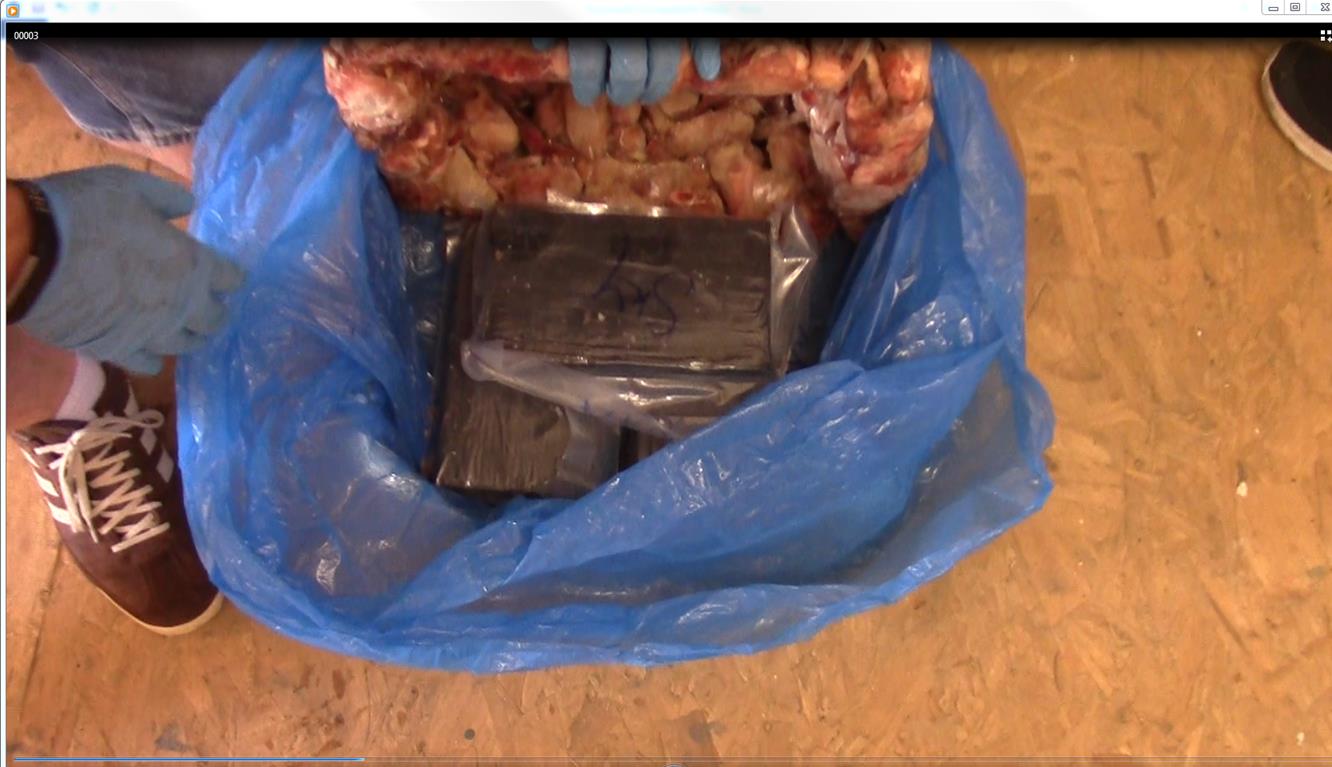 Thomas Lordan, 38, of Hurst Road, Sidcup; Mehmet Ali, 62, of Ministry Way, Eltham; and Francis Sullivan, 22, of Clayhill Crescent, Mottingham, who all admitted conspiracy to supply class A drugs, were sentenced yesterday to 18, 15.5, and 10 years at Lewes Crown Court.

Emanuel Jella, 20, of Chatham Road, Kingston, was previously jailed to 6 years 7 months for the same offence at Southwark Crown Court.

Officers from the joint National Crime Agency and Metropolitan Police Organised Crime Partnership witnessed Sullivan and Jella on Church Street in Shadoxhurst, Kent, exchange a holdall packed with 11 kilos of cocaine on 26 June 2019.

Jella was arrested, but Sullivan managed to flee.

Further investigation revealed that Sullivan and Jella were working as part of an organised criminal network, involving Lordan and Ali.

Officers uncovered that Lordan had set up a front company – Independent Meat Ltd – which had been used to transport hundreds of kilos of cocaine in cover loads of frozen chickens since May 2019.

On 29 August, Ali was arrested by OCP officers at an industrial estate in Lympne, Kent, while attempting to move 55 kilos of cocaine from the truck he was driving to a unit in Firsland Park.

A few hours after Ali was arrested, Lordan bought a one way flight to Turkey and flew out the same day..

Sullivan was arrested on 24 September at his home where officers also seized £32,000 cash, scales, and a small amount of cocaine.

Lordan was eventually apprehended on a European Arrest Warrant by Dutch Police at Amsterdam Airport on 14 January 2020. He was later extradited to the UK.

“This seizure of a significant amount of cocaine means it hasn’t ended up on the streets, fuelling violence and exploitation. We have dismantled a well-established drug supply route.

“Lordan provided the logistics with Sullivan and Ali acting as  trusted lieutenants. They used a front company in an effort to disguise their criminality, thinking they could evade capture. But, as this case shows, if you engage in drug trafficking you will be caught.

“The NCA and the MPS will continue to work with partners to target and disrupt the criminal networks involved in drug supply to make our streets safer.”

“This investigation is yet another great example of joint partnership working between the Met and the NCA to crackdown on the supply of illegal drugs within London and the home counties.

“Drugs blight communities and ruin lives and so it is great news that we have been able to seize this colossal haul of class A drugs that would have otherwise ended up on the streets. I have no doubt that we have massively disrupted a major drugs network operating in London and Kent.

“It is important to remember the strong link between drugs and violence and by removing this amount of cocaine from the market we have undoubtedly prevented incidents of serious violence and potentially saved lives.

“Even during these challenging times, we will continue to target those involved in organised crime and the supply of illegal drugs and we will take robust action against them.”