Four men arrested over 1.4 tonne seizure of cocaine worth £140m

A huge consignment of cocaine worth around £140m has been seized and four men arrested in a National Crime Agency investigation.

The men were detained in a series of coordinated raids this morning (Tues 29 Nov).

Two of the suspects aged 67 and 48, are from Chorley, Lancashire; one 39-year-old is from Bolton, Lancashire, and the fourth is a 40-year-old from Derby in the Midlands. 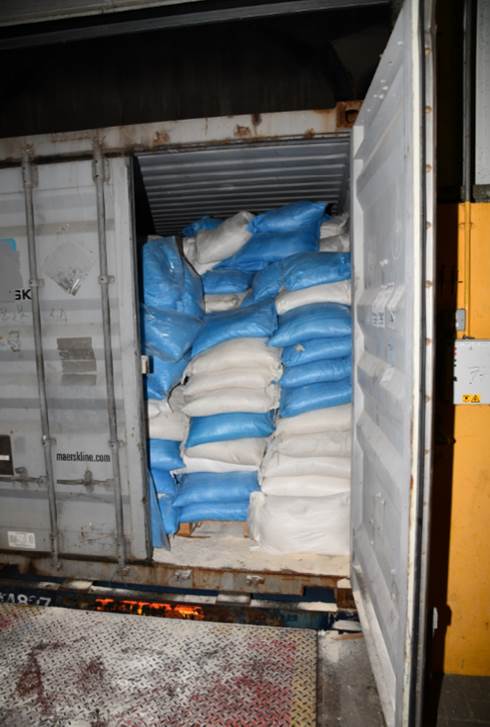 They were all arrested on suspicion of conspiracy to import cocaine and remain in custody awaiting interview.

NCA officers conducted searches of their homes and a number of business premises in Derby, Chorley and Standish, near Wigan.

In August this year Border Force officers discovered a container at the Port of Felixstowe, Suffolk, containing the huge haul of Class A drugs in 20 kilo sacks.

The discovery sparked the NCA investigation.

Richie Davies NCA Branch Commander said: “This is a massive haul of cocaine with an estimated street value of £140m the NCA has been working intensely to identify and pursue those responsible.

“There’s no doubt these drugs would have been sold on into communities across the UK in such ways as County Lines fuelling further crime and misery.

“Organised crime groups are motivated by money and the deprivation of these drugs knocks a hole in the OCG’s plans and ability to operate.

“We continue to work with partners such as Border Force in our mission to protect the public from the Class A drugs threat.”