A former professional wrestler at the centre of a paedophile ring has been convicted for a second time for abusing boys in the North Wales care home system. 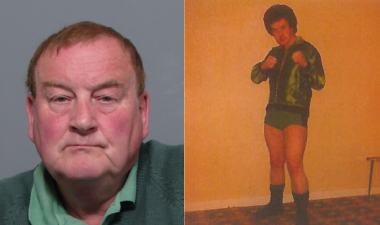 A former professional wrestler at the centre of a paedophile ring has been convicted for a second time for abusing boys in the North Wales care home system.

Today, Gary Cooke, 69, from Wrexham, who changed his name to Mark Grainger, was jailed for four years at Chester Crown Court following a National Crime Agency investigation as part of Operation Pallial.

He pleaded guilty yesterday to four counts of buggery and seven counts of indecent assault against his two young victims.

Grainger is already serving a 14 year prison sentence following a separate Operation Pallial investigation. He was convicted in 2015 for a catalogue of serious sexual assaults against young boys.

“Cooke used his position of trust and power to control and sexually abuse vulnerable young boys. He emotionally manipulated them and completely eroded their confidence.

“One victim told NCA officers he believed Cooke’s lies for many years; that he was essentially doomed to fail, and has struggled to think and function healthily.

“There is no doubt Cooke was systematic and devious. He cherry picked his victims and groomed them for his own sexual gratification using treats including alcohol, trips to the cinema and above all, attention.”

The first of the two new victims who came forward was assaulted in 1977, at the age of 14, while in a care home run by the Bryn Allen group in Cheshire. At the time, Cooke was 26 years old and targeted the victim within the first two weeks of the victim arriving at the home. Having promised him a visit to the cinema, he drove him in a vehicle to a secluded location where he sexually abused him.

The victim told NCA officers that after the first attack Cooke said “You really liked that didn’t you? You and me are going to be very good friends, I can tell.”

Subsequently, for a period of nine months, Cooke continued his sexual abuse and manipulated the victim through fear including the threat of jail, bribery and verbal attacks.

After the victim attempted to report the abuse, Cooke rapidly discharged him from the home citing that he was ready for normal school.

The second victim was approached by Cooke while living in a care home in the same year, and was sexually abused between the ages of 14 and 17.

Cooke would regularly take the victim to his home, supply him with alcohol and subject him to abuse. Sometimes he would give him cash. He also took him to parties at pubs and clubs in Chester where the victim was further abused.

The victim recounted to NCA officers “I don’t remember fighting him. I don’t know why I let him do it.”

Both victims told NCA officers that Cooke took photos of the attacks, and also showed them photos of other young boys.

“These victims have been incredibly courageous, relaying excruciating memories from their past to law enforcement officers. They have suffered at the hands of this man who deliberately exploited their vulnerability. I hope they will take some solace knowing their abuser has been brought to further justice.

“Ensuring that Operation Pallial started with and maintained a victim-focused approach has been essential in enabling me and my team to put sexual offenders before the courts.”

Operation Pallial began in November 2012 at the request of Mark Polin, who was the Chief Constable of North Wales Police at the time.

Thirteen people have been convicted under Operation Pallial.

Stepping Stones charity provides therapeutic services to adults who have been sexually abused as children across North Wales. They can be contacted on 01978 352 717.