A Dublin man believed to have laundered millions of pounds for organised crime groups by smuggling cash on hundreds of flights has been jailed for 20 months.

The National Crime Agency began an investigation into 42-year-old Mark Adams – a former Dublin airport policeman from Malahide – in May 2018 after he was stopped at Belfast International Airport before boarding a flight to Alicante.

More than 180,000 euros was found by Border Force in two folders in his hand luggage. Both had been disguised to look like they contained legally privileged documentation.

Adams initially claimed to be going to a wedding, but checks by NCA investigators identified that he was booked on a return flight just an hour and 20 minutes after he was due to touch down in Spain. 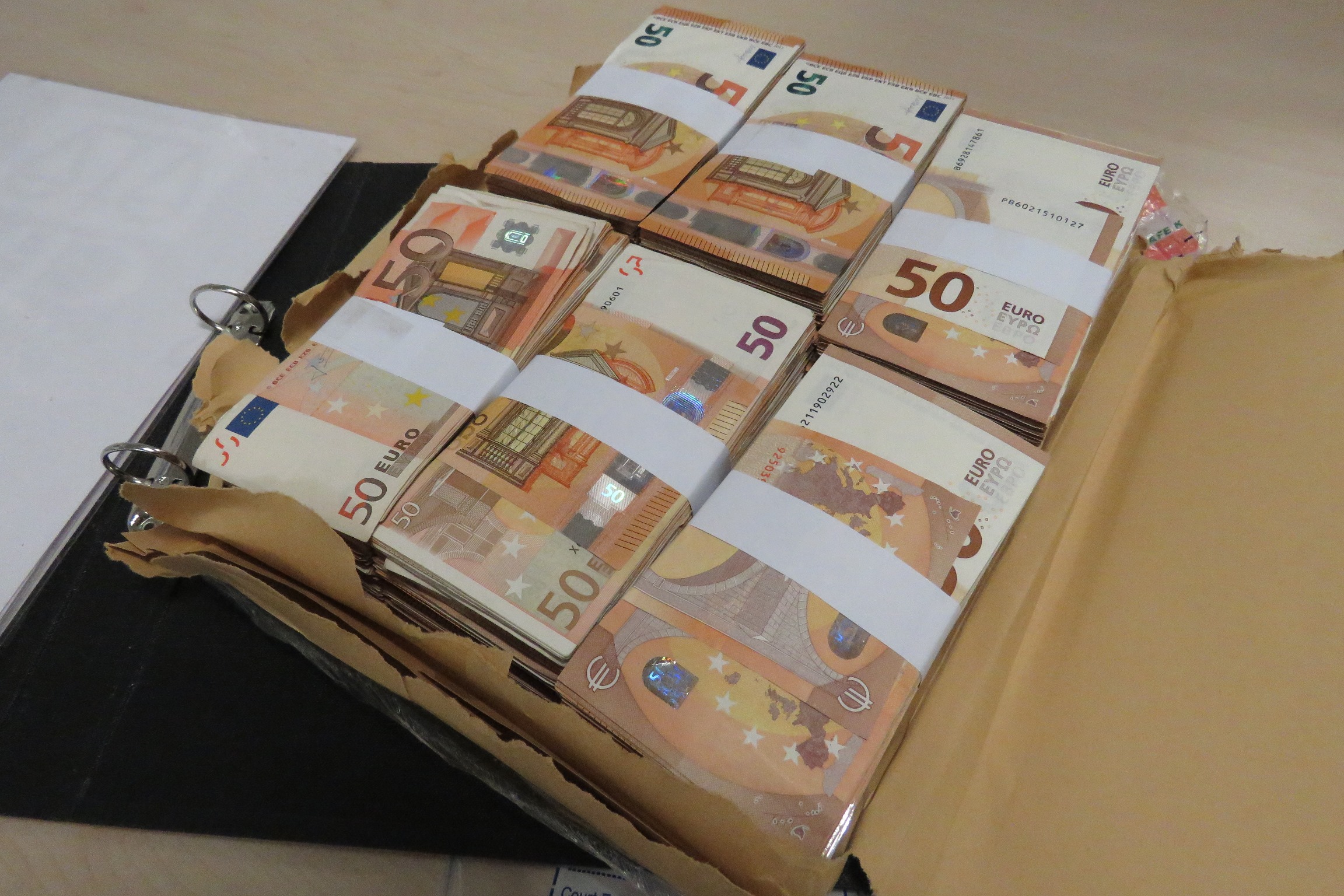 Further enquiries found that Adams, who formally left his job in the police in February 2017 after a two-year career break, had taken almost 500 flights into or out of the UK in the preceding five years, often returning shortly after landing at his destination.

Adams was initially released on bail but failed to return, and a European Arrest Warrant was issued for him.

The reason for his disappearance soon became clear.

He had been taken into custody by the Irish authorities charged with four counts of money laundering, including one which saw him accused of attempting to smuggle 500,000 euros out of Dublin airport in 2015.

An Irish court later sentenced him to five years in prison.

In August 2021, whilst still serving his Irish sentence, Adams was transported by the Gardai to the border just south of Newry where he was picked up by NCA officers. He was taken to Antrim Magistrates to be charged for the offence committed in Northern Ireland.

He pleaded guilty at an earlier hearing, and today (5 May) a judge at Antrim Crown Court sentenced him to 20 months in prison.

“Mark Adams was clearly a serial money launderer on both sides of the Irish border, and as a former policeman he would have been well aware that what he was doing was wrong.

“Working with our Irish colleagues we were able to spot a pattern of him regularly traveling out of airports in both the Republic and UK, and returning home shortly afterwards.

“Each time he is likely to have taken tens or even hundreds of thousands of euros, and may have been responsible for laundering many millions of criminal money in total.

“Working with our law enforcement colleagues on both sides of the border we are determined to do all we can to disrupt the flow of illicit cash, and prevent organised criminals laundering their profits.”

“Clamping down on the export of undeclared cash from the UK is vital in our fight against organised criminal gangs.

“The sentence handed down to Adams today is the result of hard work and dedication from Border Force, the NCA and our partners in the Republic of Ireland to tackle dirty money.

“Those involved can be proud of their work and particularly those officers that intercepted and stopped Adams in his tracks.”

“The PPS case sections of Fraud and High Court and International worked in partnership with the National Crime Agency to compile a strong body of evidence in this case and have this individual produced to the court in Northern Ireland.

“These types of crimes know no borders and this conviction sends a clear message that criminal justice agencies will work collaboratively to bring money launderers and those involved in any organised crime before the courts, where there is the evidence to do so.”