An ex high school associate head teacher has been jailed after he admitted collecting more than 2,000 sexual abuse images of children and possessing class A drugs. 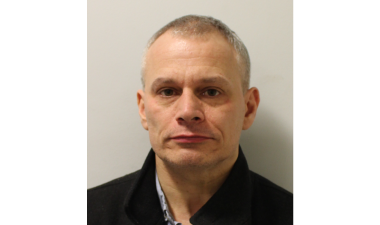 In October 2017, Newbury, was in an online video conferencing room where the live sexual abuse of a 10-year-old girl was shown.

He was using the username ‘north London’ which National Crime Agency investigators linked to his home in Wood Green, London.

In February 2018, NCA officers arrested Newbury – who at the time was working at Acland Burghley School, Camden, London – and found drugs at his home which included 717 milligrams of cocaine.

In interview Newbury admitted possession of class A controlled drugs for personal use, which he used while in the video conferencing platform. He also admitted making, possessing and distributing indecent images of children.

A review of his digital devices identified more than 2,000 child sexual abuse images and videos ranging from category A (the most severe) to category C.

There is no evidence to suggest he was in sexual contact with any children and no evidence to link his offending to the school which sacked him on 7 March 2018.

“The NCA knows that the scale and severity of this offending against children is worsening.“Newbury was present when the live abuse of a 10-year-old girl was committed.“Though his offending was not connected to his school, he is guilty of a tremendous betrayal of trust.“The NCA and our law enforcement partners will not stop pursuing these offenders and will do everything in our power to bring them to justice.”

Child protection charity The Lucy Faithfull Foundation runs the Stop It Now! helpline which offers confidential advice to anyone concerned about their own or someone else’s behaviour towards children