A man who was driving a lorry load of beer into the UK has been jailed for six years and nine months after he tried to smuggle Class A drugs worth more than a million pounds into the country. 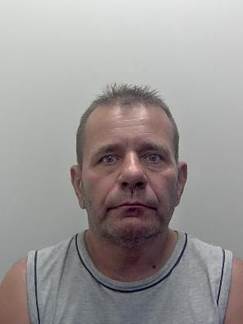 Arunas Cirplys, 53, from Kaunas, in Lithuania, was sentenced at Canterbury Crown Court on Friday afternoon [2 October] after pleading guilty at a hearing on 21 September.

He became the subject of a National Crime Agency investigation after packages containing cocaine were found in the vehicle he was driving.

Officers from Border Force stopped the Lithuanian national on 21 August as he attempted to pass through the Port of Dover. He had travelled from Germany, and was heading to an address in the UK, with a delivery load of beer.

When officers searched the vehicle, they found three packages wrapped in socks, each weighing a kilogram, hidden beneath the mattress of the bunk compartment. A further seven packages were found in the overhead locker.

Cirplys admitted to NCA officers that he had hidden the packages but believed them to contain tobacco. He told officers that they had been given to him in a parking area near the Dutch/Belgian border.

He was subsequently charged with attempting to import Class A drugs and remanded in custody until Friday’s sentencing.

NCA Dover Branch Commander Martin Grace said: “This individual thought he could transport illicit drugs into the UK under the pretence of delivering goods.

“Illegal drugs are the cause of crime, violence and discontent in communities.

“Through our work with partners, we are determined to disrupt those organised criminals behind the trade and make sure justice is served.”

Minister for Immigration Compliance and Courts Chris Philip said: “This was superb work by Border Force officers, whose actions prevented a dangerous cargo of drugs from reaching the UK’s streets.

“Class A drugs like cocaine shatter communities and we will continue to work with law enforcement partners like the NCA to ensure smugglers face justice.”