A drugs trafficker has admitted posting dozens of packages of Class A drugs around the world, after a National Crime Agency investigation.

Mubinar Rahman, 25, is believed to have posted 104 packages with MDMA in to global destinations.

NCA investigators searched his home in Henry Nelson Street, South Shields, and found receipts for the parcels being sent with a combined weight of 157kg. 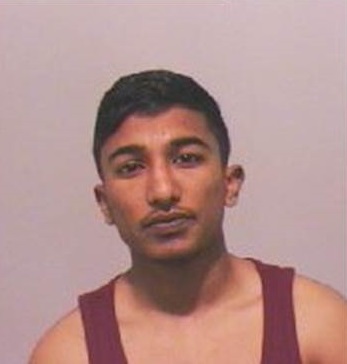 Between 29 June and 27 July this year the NCA and Border Force intercepted 39 packages from Rahman - recovering 83kg of MDMA with a street value of £786,000.

The recovered packages were destined for addresses in the UK, America, Israel, Norway, Thailand, Hong Kong and Kuala Lumpur.

Today, Rahman – who has previous convictions for dealing drugs – appeared at Newcastle Crown Court and admitted trafficking drugs and possession of Class A with intent to supply.

He will return to court for sentencing on 23 December with the judge warning him he faces a “lengthy” jail term.

On 28 July NCA officers watched Rahman park his 2010 BMW outside a flat in Marlborough Court, Washington, Tyne and Wear.

He entered the flat and was arrested when he came out.

Inside the car were 10 parcels addressed to international recipients.

Rahman declined to answer questions in his custody interview.

“Working with our partners at the Border Force, a significant amount of Class A has been removed and along with that, we’ve stopped those profits from going back into the crime group.

“We are determined to do all we can to disrupt all drugs supply routes in and out of the UK.”

Minister for Immigration Compliance and Courts Chris Philp said: “These seizures show that Border Force is on constant alert to stop the supply of damaging Class A drugs, not just in the UK but across the world.

“Anyone involved in this despicable trade can expect to be caught and brought to justice.”