A lorry driver who was delivering sofas to the UK has been jailed after half a million pounds worth of cocaine was found hidden in the vehicle he was driving.

Gitanas Eitmanavicius, 48, from Kaunas, Lithuania, initially told National Crime Agency investigators that he thought the packages were tobacco and food, and that he was delivering them on behalf of someone he met at a Dutch service station. But later changed his story, admitting that he knew they were cocaine. 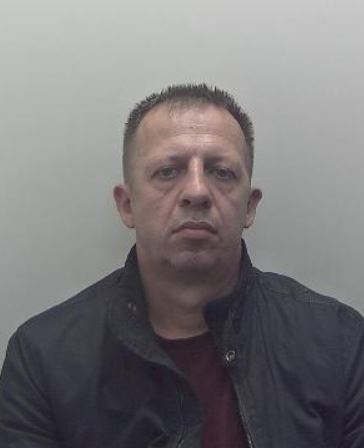 He was sentenced to six and a half years yesterday [12 November] at Canterbury Crown Court, after pleading guilty to attempting to import class A drugs into the UK at an earlier hearing.

The NCA launched an investigation after Eitmanavicius was stopped while driving through border controls at Dover in September. He was heading towards Hastings with a legitimate delivery of sofas.

Officers from Border Force searched the cab section of his lorry and found three taped packages inside the air conditioning unit in the roof. A further two packages were found inside the backs of the driver and passenger seats.

The contents of the packages tested positive for cocaine, which NCA experts estimated would be worth in the region of £500,000 if sold on the streets of the UK.

“This seizure stopped a considerable amount of cocaine from reaching users in the UK and causing harm, and the man who tried to bring it in is now behind bars.

“Working with partners like Border Force we are determined to do all we can to disrupt the organised crime networks who profit from this business.”

Minister for Immigration Compliance and the Courts Chris Philp said: “This case shows that Border Force will do everything it can to keep Class A drugs off the UK’s streets and help bring those responsible to justice.

“Illegal drugs are a scourge on our communities as they are often behind violent crime and exploitation. This is why our work with partners like the NCA is so vital.”