A man who fled the UK five years ago to avoid being charged for his part in a drugs smuggling ring has been found guilty after he was arrested in the Netherlands. 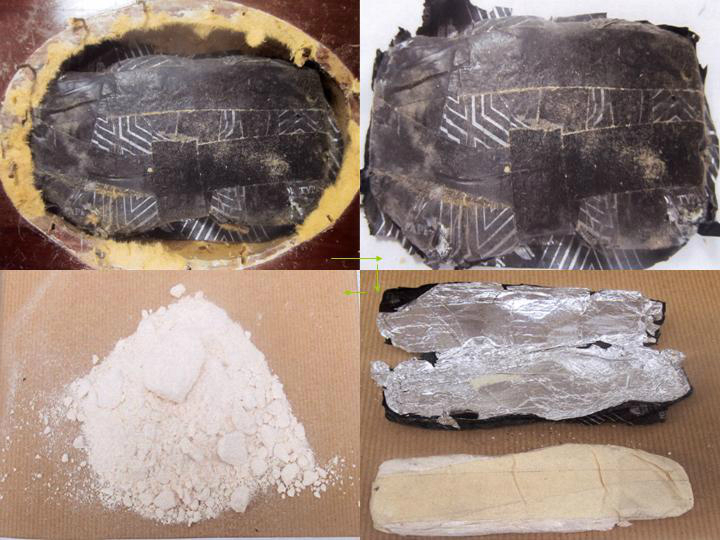 The National Crime Agency began looking into Ajah Onuchukwu, 42, from Enfield, London, and his associates in 2013 when cocaine was found in a parcel that had been sent from St Martens in the Caribbean to a North London address.

NCA investigators were able to link Onuchukwu and his group to at least 77 drug parcels that had been intercepted by Border Force, across 14 different addresses, between June 2008 and August 2014.

After his initial arrest Onuchukwu fled the UK in 2015 while on bail and was listed as wanted by the NCA.

He was arrested on a European Arrest Warrant in the Netherlands in 2018 and extradited to the UK last year.

Yesterday at Isleworth Crown Court, after a 12 day trial, Onuchukwu was found guilty of three charges relating to attempting to import both Class A and B drugs into the UK.

He will be sentenced at a separate hearing on 4 January 2021.

Two other men were convicted in 2015 for their part in the conspiracy.

Patrick Udensi, 39, from Enfield in north London, was believed to be the leader of the group and was sentenced to 23 years for conspiracy to import class A and B drugs.

John Arinze Nwosu, 47, from Edgbaston, Birmingham, was found guilty of importing class B drugs but absconded before trial. He was sentenced to five and a half years in prison in his absence and remains wanted by the NCA.

The men organised the transport of at least 4.8 kilos of cocaine and 210 kilos of cannabis over the time they were operating – worth an estimated £1.8 million if sold on the streets of the UK.

They had used Skype, Yahoo Messenger, iMessage and WhatsApp to communicate with drug distributors in Africa, Asia and South America, advising them of names and addresses to which to send the parcels.

Ian Truby, from the NCA’s Heathrow border investigation team, said: “This criminal network were engaged in the large scale importation of drugs through the post, using a ‘small-but-often’ methodology they thought would keep them under the radar.

“I believe that the seizures we have identified probably only covered a fraction of what the group had managed to bring into the country.

“The outcome should serve as a reminder to fugitives that the NCA doesn’t simply forget or downgrade crimes.

“Onuchukwu clearly thought he had escaped whilst his associates bore the brunt for these crimes. But we remained determined to track him down, and with the help of our partners in the Netherlands we were able to return him to the UK to face justice.